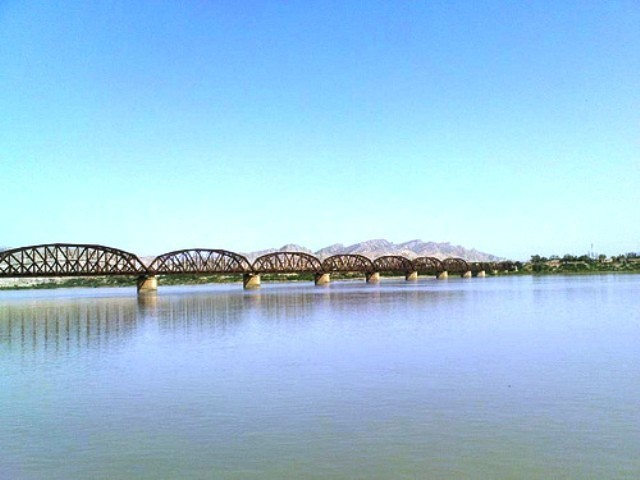 Many in Pakistan are supportive of the Kalabagh project, as this dam will help to utilise surplus water of the river Indus and it happens to be one of the most investigated projects in the world. PHOTO: FILE

Pakistan, after the elections, is once again faced with perhaps the most divisive political issue- the construction of the Kalabagh dam. One of the many expectations from the Pakistan Muslim League-Nawaz (PML-N) is to bring to life the Kalabagh dam; a subject that has been brushed under the carpet for a long period of time.

So, the questions arise, will Mr Nawaz Sharif be able to address this issue through consensus among the provinces? And, will we as Pakistani citizens for once rise above our internal conflicts and work towards our collective development?

It cannot be ruled out that the Kalabagh dam issue is ridden with conflicts, with the province of Sindh at the forefront of the opposition and Balochistan also spelling out its reluctance. The reason behind this resistance has been clearly highlighted by Sindhi and Balochis. They fear that with the construction of the dam, Punjab will unlawfully divert the water to irrigate their own land, leaving the other lands arid.

Their stance is quite clear; they want the site of the Kalabagh dam to be shifted away from Mianwali. I am not denying nor challenging their demands. My contention is that if a nation is within the grip of unprecedented and acute electricity shortages which does not only hamper economic development but also takes its toll on the people’s daily lives, the construction of the dam should be made a priority.

Agricultural sub-committee of the Multan Chamber of Commerce and Industry is also emphasising the need to undertake Kalabagh construction work. It is believed that only through Kalabagh, the country will be in a position to safeguard its agricultural based economy which is adding 26% to the GDP, and livelihood of 52% of the total population is dependent upon it.

Moreover, many in Pakistan are supportive of the Kalabagh project, as this dam will help to utilise surplus water of the river Indus. It also happens to be one of the most investigated projects in the world. It has not only gained financial support from the World Bank but also from many international agencies.

Yet, this does not allow the construction of the dam to escape criticism from people who hold to the view that this dam will displace a large number of people and inundate fertile lands in Khyber-Pakhtunkhwa and Punjab. Their apprehension stems from the fact that many acres of land could be lost due to water logging in Mardan, Swabi and Charssada.

One of the fears is that if Kalabagh is implemented, there will be no water available for downstream Kotri in the future leading to a chaos in the delta and the katcha areas of Sindh. The sea intrusion caused by this dam is also predicted to cause heavy financial losses to the Sindh economy. These fears are relevant but it is also important to remind us that Pakistan spends $7 billion yearly on import of fuel for operating thermal power units- let’s say if Kalabagh is built, the country will be absolved of this burden that has strangled the country’s economy.

Kalabagh could actually help Pakistan get out of its circular debt.

Some argue that Diamer Basha is of more relevance for Pakistan, even though I do not completely disapprove their stance, I still believe that Kalabagh is far more superior to Diamer Basha. Kalabagh being located in Mianwali District, is easily accessible and close to the network of power transmission that is certainly not the case with Basha located 197 miles upstream of Tarbela which is quite difficult to access.

One of the main reasons why Kalabagh should be given priority is because it is almost ready for construction and if proper work is undertaken this projected can be completed in six years meanwhile Diamer Basha’s construction period may exceed ten years due to difficulty in accessing the location.

The crucial factor that points in favour of Kalabagh is the low cost that this project entails. Cost wise, Diamer Basha is substantially more expensive than Kalabagh.

It is true that both Kalabagh and Diamer Basha are indispensable for meeting for accelerating electricity and water requirements  in Pakistan but Basha certainly fails to be an alternative for Kalabagh as it is only the latter that can provide hydropower and irrigation water that is required in the coming years.

It is vital for the government of Pakistan, PML-N, to start taking the long awaited steps needed to lead Kalabagh Project to its completion. Although, nothing has been done in the last few years to build the consensus of the provinces over the Kalabagh dam, let us hope that PML-N in 2013 puts it act together to get this consensus.

It has been proposed that a “Dispute Resolution Commission” consisting of politicians, engineers and people who are actively involved in keeping the Kalabagh issue alive should be set up.

The aim should be to propagate with facts and figures among the people of Sindh that they will be the maximum gainers if Kalabagh Dam is built and will be its worst victims if it is not built.

It is crucial for Pakistan to determine and sort out the real causes of opposition to the building of the Kalabagh Dam and take concrete steps to address them. Perhaps, it is mandatory to discuss this issue more openly through talk shows and debates on the media and at other forums.

A lawyer, researcher and human rights advocate, currently working in a think-tank based in Pakistan. She enjoys reading and writing and wants to publish a book before she hits thirties. She is in to swimming, playing instruments, art and aspires to join theatre in future. She loves travelling!