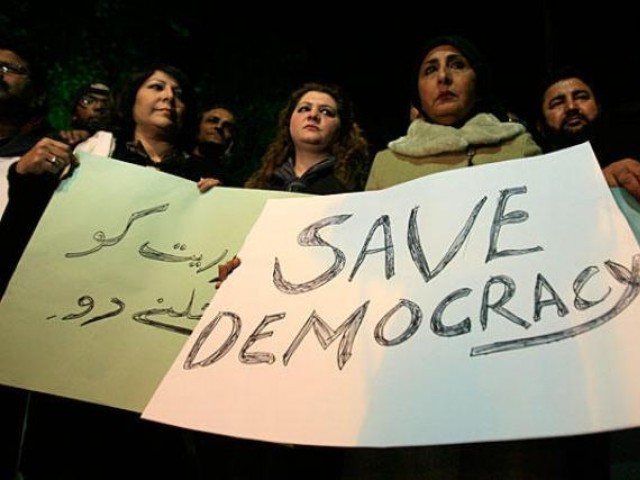 They will have to deliver this time, otherwise democracy will again take its course in five years’ time and non-performance will be punished by voters. PHOTO: REUTERS

As per the outcome of the May 11 general elections, the people of Pakistan, once again, placed their faith in the experienced leadership of the Pakistan Muslim League Nawaz (PML-N) to govern the country, which is suffering from an ailing economy, the worst-ever energy crisis and serious security threats: terrorism, ethnic violence and targeted killings.

The 2013 elections were historic in many ways. A democratically elected government completed its five-year term for the first time and transferred power to another democratic government; the voter turnout was the highest ever which is a strong indication that people’s awareness about their right to vote and power to select leaders has increased since previous times.

Pakistanis came out to vote in large numbers for which credit goes in part to the Pakistan Tehreek-e-Insaf (PTI) chief, who mobilised the country’s youth — otherwise not interested in the democratic process.

Although the status quo, with the PML-N to form the government at the centre and the Pakistan Peoples Party (PPP) in Sindh, still remains intact, I consider it the beginning of a new end.

The PPP was routed in Punjab and Khyber-Pakhtunkhwa, while the PML-N, despite winning a majority, has found a strong opposition in the form of the PTI that ran neck-and-neck in most constituencies at the former’s stronghold: Lahore.

It is the victory of democracy because the PML-N got the message that it will have to work even harder for the betterment and development of the country, particularly in Punjab, to make sure it is re-elected in 2018 as well.

The wheels of democracy are in motion!

Additionally, the PTI has emerged as the second largest party in terms of vote count in Karachi. It also performed well in the urban centres of Sindh. This is a message for those who will be ruling Sindh that they will have to work doubly hard to improve Karachi’s law and order situation.

They will have to deliver this time, otherwise democracy will again take its course in five years’ time and non-performance will be punished by voters.