Spot-fixing: Why the double standards for Indian players? 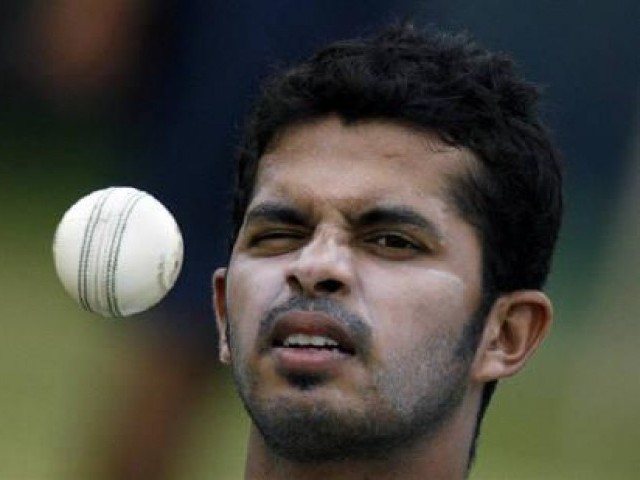 It’s almost as if cricket administrators around the world are too afraid to intervene and put the same kind of pressure on India that Pakistan was confronted with. PHOTO: REUTERS

Pakistan as a nation was exposed to ridicule brought on it by three of its leading cricket players Salman Butt, Mohammad Asif and Mohammad Aamir in August 2010 when they were first charged, and later found guilty of spot-fixing. The sport which was known to provide Pakistan its greatest scene of triumph and pride was turned into a source of embarrassment.

The players were immediately suspended by the International Cricket Council (ICC). The international media – English and Indian scribes in particular – went on to repeat the question of whether Pakistan should be allowed to continue to play cricket internationally, such was the extent of the punishment deliberated. The ICC on its part was also critical of the manner in which the affairs of Pakistan cricket team were being run, and required the Pakistan Cricket Board (PCB) to take immediate corrective action.

Contrast this with the recent news of the three Indian players along with bookmakers who have been charged with the same offence of spot-fixing.

While the Indian media has correctly highlighted the news and reported it extensively, there has been no concrete action taken by the ICC. They seem rather silent on the issue and have not come out and required the Board of Cricket Control in India (BCCI) to undertake any action. None of the players under arrest have been suspended so far by the ICC like the Pakistani players were, nor is there any talk of such a thing happening.

Strictly speaking, the Indian Premier League (IPL) can be seen as a domestic tournament; however, it is anything but that. The glitz, the glamour, the audience and players that accompany the IPL, places it as nothing less than an international spectacle.

A special window has been created in the International Cricket Calendar by ICC to ensure that maximum participation of foreign players can be guaranteed each year for the IPL. South Africa, Australia and Sri Lanka all have arrangements in place with the BCCI to ensure player participation. All these countries along with the ICC have a strict policy on corruption yet none of the foreign countries whose players are participating in the IPL have come out and made any statements expressing concern about the state of affairs in India.

There is a quite lull. It’s almost as if cricket administrators around the world are too afraid to intervene and put the same kind of pressure on India that Pakistan was confronted with.

The only reason for this is the influence that India exercises in the global economics of what international cricket is these days. All the major cricket nations know that for them to continue to make profits while playing cricket they need to have India on their side. Without the Indian market and support, these major nations stand to lose out on the commercial benefits which come with being friendly with the cricket administration in India.

India’s control over world cricket these days is quite stringent and in a way absolute. Their constant illogical and irrational opposition to the introduction of TV referrals in the form of use of hotspot and Hawk-Eye technology is one example of such control. Other cricketing nations rather than challenging India’s arbitrary decision now operate in a manner that they accept any and all decisions that India takes.

The recent spot-fixing scandal is yet another example where the action taken by the Indian authorities has not even been questioned.

Had this scandal arose in a similar tournament being conducted in Pakistan or if Pakistani players were caught spot-fixing while playing in the IPL, it would have been projected altogether differently. It is quite likely that there would have been a whole lot of negative press and the image of the country would have suffered further.

The ICC is allowing the BCCI to handle this issue without exerting any pressure. The BCCI has distanced the current Indian team from the scandal. None of the players who have been charged are a part of the Indian cricket team. No statements have been made by the current Indian national team players.

In all likelihood the issue will be brushed to one side and BCCI will ensure that team India does not encounter any negative press when playing international tournaments. This approach, however, will not solve the problem of corruption in cricket which has its roots in the Indian subcontinent. It will not put a spanner in the works.

The bookies can be expected to use the weakness of the ICC to their advantage and target other players in the future. Rather than prioritising one country over the other, the time has come for the same yardstick to be used for any and all players found guilty of corruption.

The severity of their offence is what should be seen to determine the punishment that they get. There should be a level playing field for one and all. After all, a cheat is a cheat no matter where he comes from. The ICC should step out from the shadow of the BCCI and take a leading role.

A long suffering fan of the Pakistan Cricket Team, who also happens to work as a correspondent for an international journal when not doing anything else. Saim tweets as @SaimIsht