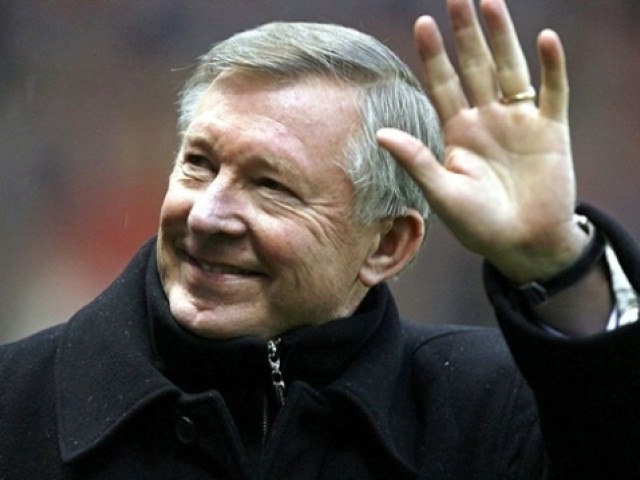 Despite his success, a manager, along with the players is the public image of the club and at all times need to present themselves as an ideal club representative. PHOTO: AFP

For those of you who watched Sir Alex Ferguson’s farewell speech at Old Trafford, I think it would be fair to say that it was an emotional  experience. For those of you that didn’t, well, ‘Google it’ – it’s worth your time.

He begins his speech by saying that he has “got no script in mind” and he is “going to ramble.” I guess what he didn’t realise was that it was this so-called rant that made his speech so poignant.

“The players… I wish the players every success in the future. You know how good you are, you know the jersey you’re wearing, you know what it means to everyone here and don’t ever let yourself down. The expectation is always there.”

These words stuck by me; I find them inspiring and motivating. Yes, you may say my views are biased being a Manchester United fan, but no one in the football world would disagree with the statement that Sir Ferguson’s retirement is a grave loss to this sport, at least on a daily basis, as he continues to be a Director and Ambassador at Manchester United FC. (MUFC)

Banners claiming “Sir Alex – Immortal” and “26.38 years at United, Trophies at United” were waved around at Old Trafford for the last home game of the season.

Manchester United went on to be presented with an unprecedented 20th English league title.

Yes, he was in my opinion, the most successful manager of all time. However, was he necessarily the ideal role model at MUFC?

Sir Alex has always been close to controversy, especially when it came to dealing with big names at Old Trafford. The infamous kick of the boot toward David Beckham in 2003 lead to a deteriorating relationship between the two and an eventual transfer of Beckham to Real Madrid –  a move that  made it to the headlines.

More recently, Wayne Rooney’s unhappiness at his lack of playing time this season is also down to the manager’s decision to play him in a midfield role even during the period when Van Persie was going through a goal drought.

He has also had his fair share of spats with fellow managers, most notably his comment in 1997 on Arsene Wenger (Arsenal). He said,

“He’s a novice and should keep his opinions to Japanese football.”

But who went on to win three Premier League titles and four FA Cups post that comment?

Having such a strong personality, he has also had his run-ins with referees and the FA. He has been banned from multiple games by the FA for ranting against the referee during or after the game. On many an occasion, he has just avoided bans, that some say are solely due to his legacy in the football community.

Don’t get me wrong, I’m not trying to take anything away from his integrity and accomplishments – I am merely highlighting the fact that the man was not without flaws. Whether his pros outweighed his cons is a different argument. Despite his success, a manager, along with the players is the public image of the club and at all times need to present themselves as an ideal club representative.

This is evident with the appointment of the new manager at MUFC, David Moyes, who has no track record of success but the right mentality and temperament to take up this post. As Sir Ferguson says,

“I’d also like to remind you that when we had bad times here, the club stood by me, all my staff stood by me, the players stood by me. Your job now is to stand by our new manager. That is important.”

Furthermore, what is important to note here is the respect Ferguson gives the new manager. In this competitive and self-absorbed world who really wishes well for anyone else? That’s integrity right there.

Farewell, Sir, you will be missed!

Is currently working as a Business and Economics Engineer at Engro Polymer & Chemicals Limited. He has an undergraduate degree in Industrial & Systems Engineering from the University of Southern California. Traveling, exploring & playing tennis are his personal passions. He tweets @alibhagat86