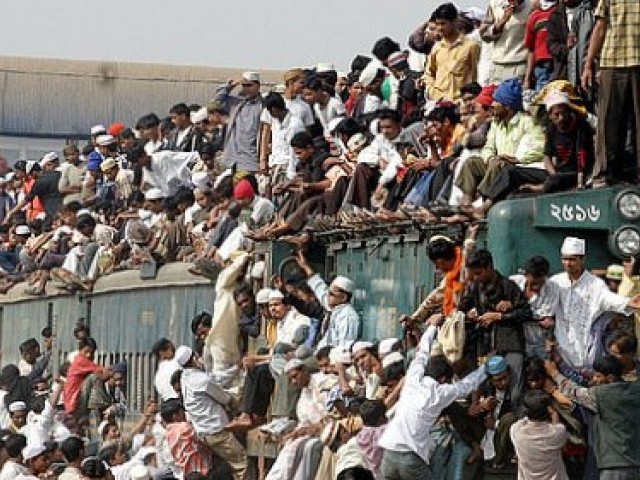 A largely illiterate population with extremist tendencies is a recipe for economic as well as social disaster. PHOTO: REUTERS

Sceptics may call it statistical trickery, but economic data confirms that global poverty has indeed been falling for the last three decades. According to the Poverty Reduction and Equity report of the World Bank, which was updated in April, the percentage of people living in the developing world on less than $1.25 a day (in purchasing power parity terms) was 52.2 per cent back in 1981.

However, far more people would have been lifted out of poverty during the same period had the population in developing countries grown at a slower rate.

In a fascinating take on global poverty, political scientist Fareed Zakaria recently stated that while India has successfully brought down the number of its impoverished people as a percentage of its total population from 60% in 1981 to 33% in 2010, the absolute number of Indians living in poverty is still around 400 million — only 29 million less than the 1981 figure, despite giant strides against poverty.

There can be a host of reasons why Pakistan hasn’t been particularly successful in combating poverty. But one reason is obvious: a steady population growth rate has ensured that while opportunities of upward social mobility let some people pull out of poverty, many others were born into it, largely offsetting the effects of the former.

A young population is certainly an asset for a country if it is healthy, educated and productive in the economic sense. A largely illiterate population with extremist tendencies, however, is nothing but a recipe for economic as well as social disaster.