My party, PPP, lost because it forgot about the people 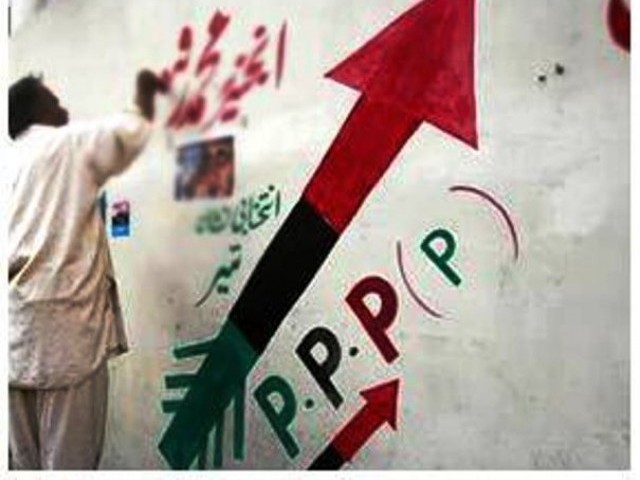 One factor which always made me proud to be a part of the Pakistan Peoples Party (PPP) was the its representation in each and every nook and cranny of Pakistan. However on May 11, the people’s verdict not only wiped out PPP from three provinces, but also clearly rejected our manifesto and our welfare programmes.

PPP remains unbeatable in Sindh and that’s not just because of the Benazir Income Support Programme or Syed Qaim Ali Shah’s policies; it is because Sindhis don’t have an alternative to PPP and Bilawal Bhutto Zardari. They know that if anyone will stand with the underprivileged people of Sindh, it is be the song of Muhtarma Benazir Bhutto Shaheed. Thus, I think that it would be wrong to assume that we won Sindh because of our policies.

During the last five years, I did not see Qaim Ali Shah in more than one PPP jalsa every year. He, along with his cabinet, remained confined to the office and private parties. In this case, it is important to thank the masses who remained Bhutto loyalists even though we went against the wishes and aspirations of our Sindhi brethren more than once. They forgave our mistakes and gave us another chance to make functional our new policies for the people.

As far as Punjab, Khyber Pakhtunkhwa (K-P) and Balochistan are concerned, PPP has been ousted with a huge mandate. However, the consequences which led to PPP’s defeat especially in Punjab should be considered. My leadership must realise and accept that the Seraiki province and the resolutions passed in favour of this province resulted in mass rejection.

I still wonder why my leadership didn’t learn anything from Taj Mohammad Langa who kept striving for a Seraiki province even though he remained deprived of massive support in the region.

Why didn’t we learn from the success of the All Pakistan Muslim League (APML) in Chitral, where it managed to grab to NA seats even though Pervez Musharraf had announced an election boycott?

People elected his candidates just because of the Lowary Tunnel which has been Musharraf’s gift to Chitralis. I guess the lesson to be learned here has been put very well in the Urdu proverb,

(What is visible is what sells.)

The loyal workers were sidelined not exactly by the top leadership but the local and provincial leaders. Our national leadership also added salt to wounds when they granted each and every seat to feudal lords. For instance, one of Manzoor Wattoo’s daughters was made an ambassador for orphaned Pakistani children, while another daughter was made in-charge of the Pakistan Electronic Media Regularity Authority (PEMRA) Punjab. Manzoor Wattoo’s son Jahangir was given a Member of the National Assembly (MNA) seat by the PPP leadership to contest in the by-elections, which he managed to win.

The story of the Gillani family is similar. His daughter was made an ambassador for women empowerment and his sons were granted provincial and national assembly tickets in by-elections. Even on May 11, the entire family was contesting on PPP tickets.

There is no doubt that Yousuf Raza Gillani remained loyal to PPP. Even his opponents cannot challenge his loyalty to the party, but sacrificing for your party does not mean you should be given every benefit possible. Thousands of mothers and sisters in Karachi have lost their brothers, husbands and sons just because of their association with the PPP, but they were never made MPAs or MNAs as a result. I’ve never seen a PPP higher official attend the funeral prayers of a PPP worker who became a victim of target killing. This attitude resulted in the party losing two important seats, which had truly remained PPP seats for many years. These are the Keemari and Malir seats.

Despite multiple developmental projects by the party’s MNAs and MPAs in Keemari and Malir, we lost seats to Pakistan Muslim League Nawaz (PML-N) and Muttahida Quami Movement (MQM). I would like to repeat that PPP is still blessed with workers who don’t ask their leadership for developmental budgets and only demand respect, which they were deprived of for last five years.

Even though the Taliban did what they could to keep us away from the parliament, whoever was managing PPP’s election campaign for print and electronic media is equally responsible as well. For five years, PPP vowed to form a reconciliation policy, but in our election campaign the workers were made to think via TV campaigning that PML-N and Shehbaz Sharif are our biggest rivals. We could have run a campaign with our power projects; we could have inculcated politics of tolerance in the country. Instead, we issued advertisements where we detailed that workers in various government organisations were given 12% shares. We should have focused on clearly explaining the benefits of the shares to workers.

Let’s accept it; we kept playing the footage of Shaheed Benazir Bhutto’s assassination to grab sympathy votes. How long were we expecting this sorry strategy to work?

I am having trouble writing further as I have tears in my eyes. My heart is bleeding because my party PPP has turned itself into SPP (Sindh Peoples Party).

In 1997, we were ousted from the whole of Pakistan, but this time we have been rejected by every Pakistani. I check in many polling stations but I couldn’t find a PPP candidate even in the third place. In Karachi, where we used to be stand second, MQM is doing much better. They are a dominant force and we aren’t even near the third place.

Pakistan Tehreek-e-Insaf’s (PTI) candidates are in the second position with a massive mandate as well. In Lyari, a known PPP stronghold since 1967, a PTI candidate managed to collect 26,000 votes against PPP in NA. In PS, over 11,000 votes went to PTI’s candidate from Lyari.

The lesson to be learnt here is that we are losing grip in our areas. We are losing our support in Lyari; we lost already in Malir and Keemari.

Before I wind up my subject, let me clearly tell readers that my critical approach has nothing to do with my political affiliation. I am a PPP worker and will remain a jiyala to my death, or until my party kicks me out. I may be kicked out of the party, but the party cannot be kicked out of my heart and mind.

This is our party – the party of the downtrodden class. We will not spare a single effort to make it a party of the people once again. We will turn it once more to the PPP of the 70s, 80s  90s. We did not have landlords and feudal lords ruling the part in 1977 as Shaheed Zulfikar Ali Bhutto didn’t grant election tickets to his feudal and landlord friends. He gave a chance to lower class workers, who were contesting against rich and powerful feudal lords and industrialists, and so, PPP won massive support that year.

PPP will be the Pakistan ‘Peoples’ Party once again.