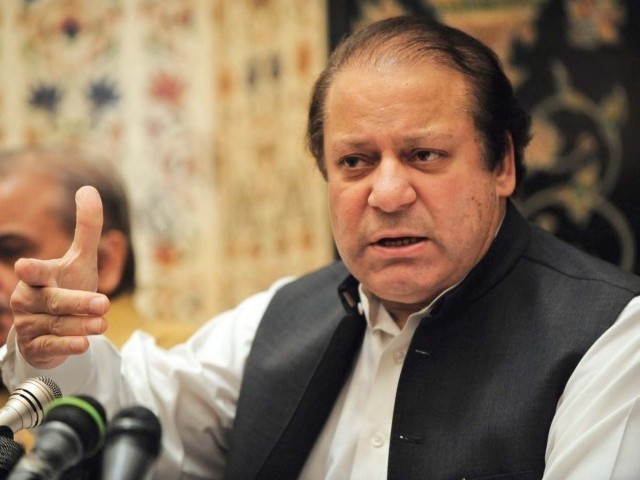 Now that PML-N has been elected as the government, it will understandably under the pressure of its mandate fulfil its duties and expectations of the nation. PHOTO: AFP

The people of Pakistan have finally spoken and Pakistan Muslim League-Nawaz (PML-N) has won by a landslide. Supporters of this party are undoubtedly elated; they might not have been as expressive in declarations of their support but they certainly have been demonstrative of their support through the ballot.

I voted for PML-N because I felt it satisfactorily addressed the list of pressing matters that I personally prioritise for Pakistan:

The acute civil-military imbalance that characterises Pakistan’s power disequilibrium is an issue that I view as pressing; it also offshoots several other troubles in the country. It demands rectification and PML-N has shown the clearest stance in this regard by upholding the rule of civilians. Respect for the mandate of elected-representatives; autonomy from the military establishment, its ventures, adventures, forays into the political and policy-making arena. Picking and sticking to such a stance, in my opinion, is the first right step in the direction of its redressing.

Their economic and infrastructural focus has always been palpable and their track record is a testament to that. From the M2, setting up of NADRA, dams and power plants, PML-N has delivered (in the past) in the little time that they were given in contrast to their mandate of a total of 10 years in separate stints at the federal government.

The Metro Bus system has also been a noteworthy project that cannot be denied as not having benefited countless people, regardless of the criticism it has received.

The party has proven its seriousness towards education. Apart from establishing the outstanding Danish Schools, the Punjab government has shown effective implementation of education reforms all over Punjab. These were criminally underreported in Pakistan but yielded remarkable results.

4) PML-N is a politically mature party

A specific characteristic that struck me about the party had been its sense of political maturity and responsibility. I believe that PML-N displayed judiciousness by allowing the last government to complete its term and not bestowing a crown of political martyrdom and victimhood on its head.

In its continuous display of political sagacity, PML-N has also brought together all opposition parties against the “circus” that Tahirul Qadri put up in Islamabad; a reiteration of the party’s pledge to stand by democratic principles. PML-N’s leaders also did not reciprocate the mudslinging and pot-shot -taking initiated by Imran Khan.

5) PML-N does not ignore Balochistan

It is a party that reached out to Baloch leaders and called upon them to contest in the elections. In September 2012, PML-N announced its backing to the six-point proposals of Akhtar Mengal in improving conditions of the people of Balochistan.

Having said as much, I was and am conscious and critical of PML-N’s flaws and know that the party I chose for these elections may not be the best. I also know that the aforementioned points I have penned as my reasons to support it may even be or are found in other party’s stances, manifestos and works. However, the collective existence of all of these points in a single party constituted a reason enough for me to cast my vote for them.

Now that they have been elected as the government, PML-N will – understandably under the pressure of its mandate – fulfil its duties and expectations of the nation.

It is required that they actualise the roadmap they presented in their manifesto: from economic revival and growth, curbing terrorism and maintenance of law and order in the country – especially in areas where the government’s writ has been blown to smithereens.

I urge them to deal with the energy crisis present, to work towards the reintegration of FATA into the political and national mainstream and the for country-wide implementation of their education reforms of Punjab. I would also like to see PML-N depoliticise the sports board.

PML-N can also rid the influence of the undemocratic forces in Pakistan by assertive democratisation of the country which can largely be established through good governance.

Keeping aside the emergence of rigging allegations and controversies surrounding the elections for a moment, there is little doubt that these elections have been a historic one for Pakistan. Witnessing the first transfer of power from one civilian democratically-elected government to another, with the highest voter turnout to date, I can state that democracy has already won.

The single sentiment that has simultaneously surged with the results of the elections has been of hope.

Even if the PML-N was not the pick of some people, I hope that the new government will open a new chapter in Pakistan’s tumultuous journey that sees the beginning of what every Pakistani wants: a better, prosperous and progressive Pakistan.