Elections in the capital 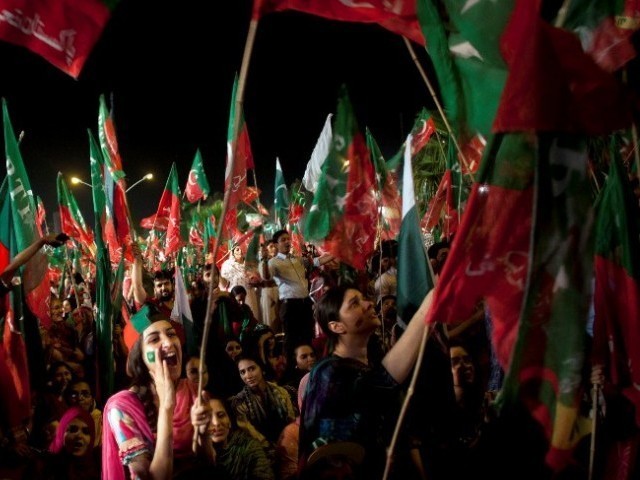 Those who have never voted before, also cast their votes. I think, for this, the credit goes to the media, which carried out a campaign of sorts informing the people about the power of the ballot. PHOTO: MYRA IQBAL/EXPRESS

This year’s parliamentary elections have come and gone and, by all accounts, it is a victory for democracy, with the people of the country having elected their candidates by voting them into parliament.

May 11 was a highly significant day for voters as this was the one day when they had the opportunity to elect or reject candidates through the power of votes, and that’s exactly what they did.

According to the Election Commission of Pakistan (ECP), the turnout remained around 60 per cent which is a very positive sign as this was previously witnessed in the first general elections in 1970.

Those who have never voted before, also cast their votes. I think, for this, the credit goes to the media, which carried out a campaign of sorts informing the people about the power of the ballot. Returning officers I talked to told me that they had never seen such a huge number of voters in earlier elections.

Being a journalist, May 11 was an important day in my life as I learnt many things, this being the first time I covered an election, and it was a great experience. I had the opportunity to cover the two constituencies of the federal capital, NA-49 and NA- 48, as well as NA-50 in Murree, where the turnout remained almost 60 per cent.

Interestingly, the JI candidate was considered a favourite in this constituency as he had won this seat in 2002 from the platform of the Muttahida Majlis-i-Amal. However, Hashmi defeated him by a huge margin.

Political observers believe that the PTI’s final rally in Islamabad changed the scenario in this constituency, with Imran Khan addressing his supporters through a video link.

I believe the PTI could have won this seat if it had awarded the ticket for this constituency to Raja Khurram, who is well-known locally and is from the Rajgan clan. As for the NA-50 constituency in Murree, which has traditionally been a PML-N stronghold, that trend continued with party stalwart Shahid Khaqan Abbasi winning against a PPP candidate.

A correspondent at the Islamabad desk at The Express Tribune.

Give them a fair trial before you burn them!