Goals for the incoming government: Tell us where all our money has gone 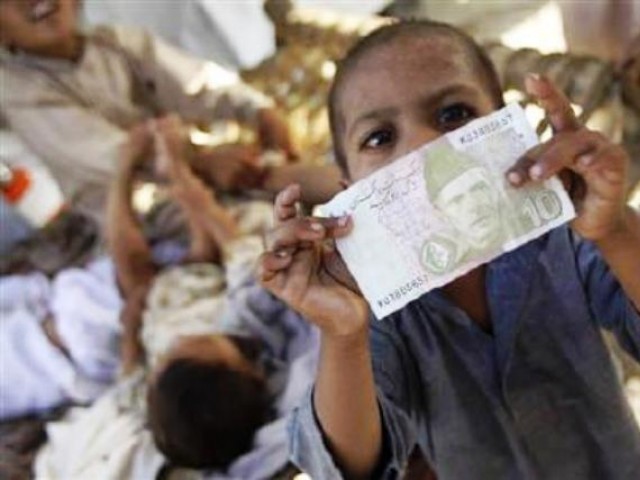 A public education system is practically nonexistent, and I can’t help but think that we have almost lost an entire generation of very capable workers. PHOTO: REUTERS

The last five years have only strengthened my position that although sound economic policy may not be the answer to all our problems, mishandling issues of public debt has the potential to break the fragile sovereignty that Pakistan stands on.

I often hear about roti, kapra, makaan (food, clothing, shelter) and the plight of the vast majority of Pakistanis; the end of the energy crisis, reducing the national debt, handling the law and order situation, and tackling the double-digit inflation rate. These are all necessary steps to sustain us into the future, and I commend anyone in public office who dedicates their work to achieving these.

However, as I read through transcripts of speeches and manifestos, and collate my personal discussions with veteran politicians, I have a deep, sullen panic over this nagging idea that our political candidates don’t quite grasp the gravity of our public debt situation, and how intricately linked our public spending is with our national welfare.

Let me revisit three figures we come across every day:

1. The State Bank of Pakistan holds about $6.6b in foreign reserves, and this figure continues to drop every quarter.

2. The rupee has halved in value in the last five years.

In my line of work, I completely understand the need for access to capital markets, and debt financing of investment projects in infrastructure and workforce productivity. In fact, I encourage it. But the key words here are investment, infrastructure, and productivity.

What we have, however, is a peculiar state of regress. Pakistan’s capital base is shrinking: there is virtually no foreign investment, and local capital is fleeing abroad. We have a deepening energy crisis, with oil and gas being bought with unjustified premiums to keep the country supplied. There is no new logistics or energy infrastructure, new rail or pipelines. Most critically, a public education system is practically nonexistent, and I can’t help but think that we have almost lost an entire generation of very capable workers.

I don’t know what our excuse is. Besides the costs of flood relief and fighting militia, there have been no major drains on public spending in the last five years.

So it begs the question, where has the money gone?

Over the next five years, any new administration will face severe challenges in tackling waste and inefficiencies in public spending, and recovering faith and optimism in the economy. I don’t have the answers to what we should hope to accomplish, but these few pointers will go a long way:

Enforce a tax base:

0.57% of Pakistanis paid income tax last year, including less than 30% of parliamentarians. No public function in the country can go on until a tax base is enforced.

We don’t need 53 cabinet ministers, or the hundreds of federal and provincial state officials. They complicate the workings of government and the flow of public funds, and we cannot justify their costs against the formation of local bodies of government.

Military operations and a brief state of emergency are a small price to pay for national security from militant elements. Let’s start with protecting our own population, and we can then work on providing protection to prospective foreign investment and business interests.

Keeping rail operations under national management could only be justified if it were contributing to the public revenue base, which it is not. It is costing us billions every year to keep operational, and the treasury could use the added liquidity from the sale of rail licenses.

Pakistan has yet to go through large-scale public development, and Pakistani markets are still immature and imperfect. Pakistan is a lucrative opportunity for capital investment, for both domestic and foreign investors. Let’s start with protecting and subsidising private investment into energy production, agriculture technology, and public infrastructure, and see where the spirit of smart, regulated and inclusive capitalism takes us.

Looking the other way on permit scandals and kickbacks may keep parliament and senate from undermining the existence of government, but we are losing an important national asset very quickly: our capital base.

I don’t think it is ever too late to salvage a situation. I do, however, strongly believe that time and the status quo are not on our side. We have enough problems; we don’t need to add bank runs and hyperinflation to our list of challenges.

So I say to our political candidates, enough rhetoric. What is our plan?

A Private Equity manager specialising in international capital. He lives in London and tweets @HaiderAShah