Sarabjit and Sanaullah: Politics over murders 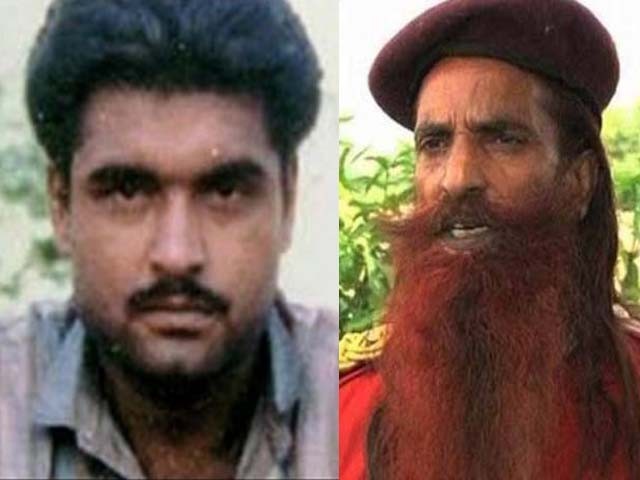 Unlike Sarabjit, the attack on Sanaullah appears to be a case of tit-for-tat.

The murder of Indian spy Sarabjit Singh inside Kot Lakhpat jail in Pakistan, the dastardly attack on Pakistani prisoner Sanaullah inside a Jammu jail and the foul manner in which the politicians of the two countries and especially electronic media whipped up the rhetoric, calling for the two nuclear armed countries to snap the ties after Sarabjit died, is a matter of grave concern and speaks a lot about the fragility of peace.

More than just baying for each other’s blood -which has become a pattern for patriotism driven, hyper-nationalistic people- these two incidents reflect the existential threat posed by thriving jingoism to relations between India and Pakistan and how the two countries, including their media and politicians, have used ordinary people and prisoners as tools of political vendetta to score some proverbial brownie points over each other.

Sarabjit’s case is particularly interesting. For decades, the Indian government left him to decay in Pakistan and kept their people in dark about the nature of the case. It was only after Punjab government gave him a state funeral and cash was given as compensation to his family that the haze of confusion obscuring the facts behind Sarabjit’s case cleared up to bring the reality at the doorsteps of many people deluded by lies fed by media to them.

With a leading Indian newspaper reporting on Monday that Sarabjit Singh was indeed working for India’s intelligence agencies, those vouching for his innocence must hang their heads in shame and introspect. No doubt his murder was a condemnable act and in no way justifiable for bringing justice to the people who were his victims in the past.

Conversely, then, it could also be said that a state funeral to Sarabjit Singh was an implicit admission by India that it, too, sponsors terrorists who kill ordinary people in Pakistan.

Sarabjit was convicted by a Pakistani court in a bomb blast that left at least 14 people dead and scores injured. Were they not worthy enough to get justice? Of course you may point out that Sarabjit’s trial was full of errors but how clean and taintless is the judicial system in the sub-continent where people are sent to gallows, not because the law has demanded, but it has to ‘satisfy the collective conscience’ of the deluded people.

At the other extreme of this political blame game is the case of Pakistani prisoner Sanaullah Ranjay who was injured in a scuffle with another inmate in a Jammu jail, days after Sarabjit was killed. But unlike Sarabjit, the attack on Sanaullah appears to be a case of tit-for-tat.

A pickaxe was used to assault him. You don’t keep pickaxes in jails to scare away crows. There was a certain method to madness in this case which speaks a lot about how people in the two countries are baying for each other’s blood.

And even if the facts are not revealed, and we may never get to know them, the truth is that the overcrowded jails in the two countries have many Sarabjits and Sanaullahs who have become victims of collateral damage of the historical animosities between India and Pakistan. These actions inside the prisons are only reflecting the afflicted state of political leadership and existing hatred in the people of two countries against each other.

These powerless and exploited victims are waiting for justice from the over-burdened and crippled judicial system. Many of them have died unknown deaths.

What have the politicians and the media done to ensure a speedy trial for them?

Other than whipping up rhetoric meant to gain more TRP ratings, what has the interventionist and clientele media in India and Pakistan achieved by beating the drums of war?

What have they done to examine the soil of the subcontinent which is full of seditious skeletons, the story of whom we may never hear?

One of the most rabid news channels which follows a highly unprofessional code of journalism in India, showed a non-stop broadcast of Sarabjit’s sister’s emotional appeal to free her brother on the day he had not breathed his last, an appeal of release made by a sister for the man who had been convicted for the murder of 14 people. In such circumstances, it is but normal to breed hatred and spread animosity among the people.

By the way, how much time did its pretentious, oily-haired, foul-mouthed anchor gave to Afzal Guru’s wife to plead her husband’s case is anyone’s guess.

The condition of Sanaullah is critical. Some reports have even suggested that he is brain dead. In these times when bloodbath committed inside the prisons dictates the relations between the two countries, one can only wish and pray that Sanaullah survives, to tell his story to the people who have been fed lies over the years by their media and politicians.

India’s Prime Minister, Dr Manmohan Singh said that the denial of Pakistan to release Sarabjit Singh was an ‘inhumane’ act. One wonders what the refusal by his government to let Afzal Guru, who was sent to gallows to ‘satisfy the collective conscience’ of India, see his family for one last time before his death was?

Was it a nationalistic act? An act of barbarism, more like it!

An aspiring novelist, a proud son, a journalist, a coffee addict, a movie buff, in that order, Jehangir tweets as @Gaamuk

Why the Kashmir solidarity day façade?

Indo-Pak peace façade: What about Kashmir?

Harud: The story of a soul-less Kashmir

The politics of Kashmir killings