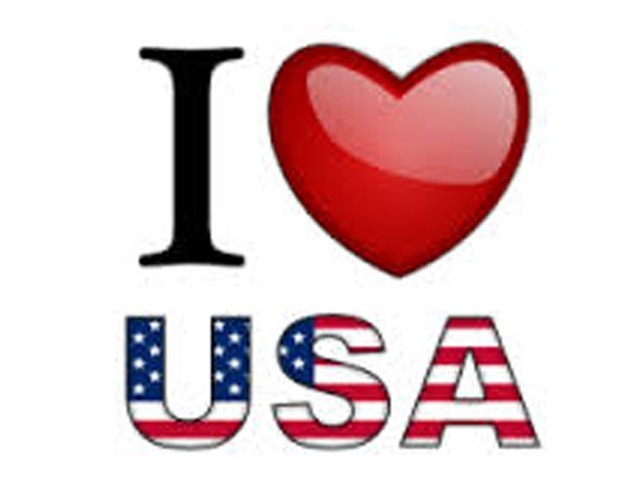 In Pakistan, we don't even have access to basic necessities such as safety, education, clean water and health.

I have always wondered why every other Pakistani is so heavily influenced by the West. Was it the media or was there really something impressive about them?

I have to say, after my visit to the States, I have fallen in to the same trap. Here is my story…

As I landed at the Los Angeles International Airport, I stood in the immigration line, patiently waiting for my turn. A few minutes later an officer called out to me from a distance and asked me to leave the line.

I did as I was told to and the officer slowly walked up to me. In a very stern yet low voice he asked me if I was travelling alone to which I replied in the affirmative. Then, he took my passport and asked me to follow him. Intimidated, I obediently followed him and started praying all the duas in Arabic that I knew – because that’s what we Pakistanis do best in times of desperation.

In my heart I was thinking of all the rumours I had ever heard; was it true that youngsters get cavity searched when they come here? Was it true that they hate all brown people?

To my surprise, it was a detailed but a very polite interview which ended with the officials apologising for taking my time!

At this point my mind was in a whirlwind; an officer in uniform apologised to me, an ordinary man with no pull or power? This would not have happened in Pakistan!

A few hours later, I was having dinner at my uncle’s place. I asked him where I could get drinking water from and he told me to fetch it from the sink. I think my ears weren’t prepared to hear such a sentence which is why I just stood there dumbfounded. Maybe he was trying to be funny?

No, he was serious.

While I stood there contemplating, he walked straight up to the sink, filled a glass of water and handed it to me. According to him the water was clean and we could sue the city municipality if I got sick.  I guess you learn something new every day!

A few days later, my cousin was buying a new house and asked me to tag along with him. He took me to a place that was a little far from the city. We arrived at a very quiet neighbourhood and since the place looked pretty much the same as the last one where my cousin lived, I came up with the conclusion that the crime rate maybe lower here.

However, this was not enough consolation for me and so I inquired. I was wrong. My cousin said that this area had a better school. But, how did that make any sense?

I think my cousin caught on to my ignorance and so he explained. According to him, neighbourhood and communities were built around schools. It sounded pretty cool. In Pakistan, we identify areas by police stations.

(Which police station is attached to your area?)

Furthermore, a few weeks later during a trip to Baltimore I heard of the Boston bombing. People all over were talking about it, but, why would they tell me? I mean, this is nothing new to me. But when they said, “You’ll see…They’ll catch this guy!” This was something new to me. And in fact they did. Their search was not easy, they had to put checks on all the tolls, carry out house to house search and in the process they slowed commutation which must have also cost them a lot. You can consider it a sacrifice for the greater good – that is how they think here.

They don’t have the word ‘Naamaloom Afraad’ in their dictionary, it seems.

Moreover, with time our politicians and government have taken away our right to think, ask and speak. They have taken the authority to do so for us.

We don’t even have the basic necessities or facilities in Pakistan; I’m talking about basics such as safety, education, clean water and health. We can’t ever think of travelling alone in Pakistan by road but over here you can travel from coast to coast without thinking twice.

Like my cousin says, you cannot compare oranges to apples- and that is what comparing Pakistan to the West is. He is right, however, I ask you, is it unreasonable to expect your country to provide you with at least the security of life?