Soliloquy of an on-looker 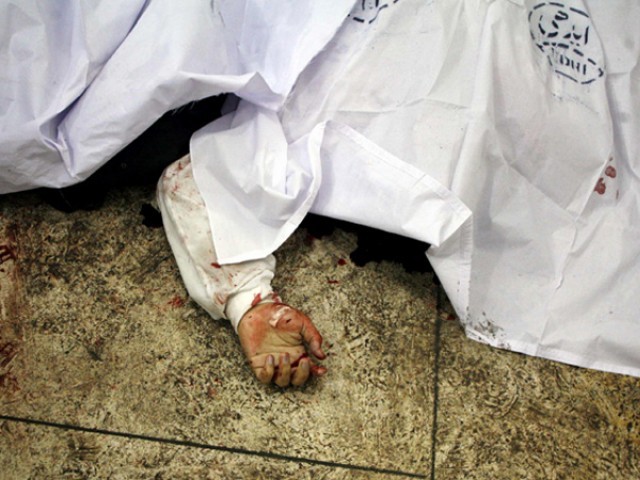 I could now clearly hear screams - the horrific kind of screams that you can expect a person to produce just before his soul exits his body. PHOTO: REUTERS

The haze slowly cleared out and I regained consciousness. As I became aware of my existence, I gradually began to recall what had brought me here in the first place. My mind felt like an old desktop computer that had just been switched on – slow, dusty and rusty.

I began to recall a noise of some sort – indistinct, messy, and confusing. It sounded like several FM radio stations merged into one, with none of them being tuned on to the right frequency.

Whatever the source of the sounds was, I concluded that it was from a scene of a chaos, a scene of destruction, turmoil perhaps, some sort of an accident? I wasn’t sure. The noise was like an excruciatingly long piece of hopelessly tangled thread. With my visual memory yet to become functional, my only chance of figuring out how I had reached here was by slowly sorting out these sounds.

As I began my quest, I noticed a bearded man enter my view. He seemed to be wearing a white coat. He lifted his hand that grasped a slim torch. I saw his hand cross my line of vision in one direction, and after a pause of a few seconds, I saw it cross back again, with the man eventually moving out of my sight.

Strange. Who was that man? And why was he here?

This was another mystery I had to solve, but it was something that I could take care of later.

My mind went back to that deafening noise. I could now clearly hear screams – the horrific kind of screams that you can expect a person to produce just before his soul exits his body.

There had been a constant echo throughout this period that I had failed to comprehend. It now seemed to sound like the kind of sound you hear after an explosion, a loud terrifying sound – the kind of sound that puts your senses in jeopardy.

The echo had now vanished, and I had found the ability to play the loud sound again and again in my head, at my will. I was sure now that I had been through some sort of a calamity. The scream had also become distinct, and with the explosive sound, I could slowly begin to fashion a scene that I had last been a part of before ending up wherever I was right now.

As my attention drifted from the past to the present, the bearded gentleman reappeared and repeated his motion. This was followed by the entry of another man of a similar age who used his own light source to perform the same action as had been performed by the former.

Worryingly, my line of vision seemed to have been set in one direction, and I failed to catch a broader view of my peripheral vision despite repeated attempts. I did not remember myself to be this way before. Frankly speaking, I hardly remembered anything at all.

But this inability felt more odd than usual. Anxiety slowly began to creep into my existence, as I turned back to the story that my mind had come across. I was now confident of the fact that the sound of the explosion had followed the scream.

Stealthily, an image began to form in my mental dimension. The image was anything but pleasant, and as it started getting tuned, the indicators of destruction became more apparent. I could not fully appreciate what I saw, but whatever it was, it did not look good.

It was almost as if the sights were complimenting the cycle of the sounds, starting with an indistinguishable mess, and slowly going on to unravel it, revealing its true nature.

I realised that while it was important to understand the past, the importance of the present was even more. And while the past was shedding some light on its true nature, the present appeared to be a puzzle with no solution.

I began to panic.

My gaze was set at the ceiling, not allowing me to budge even a little. The images in my mind had become clear enough to show me that I possessed hands, and feet, and every other part of the body. But lessons of the past contradicted with the tale of the present. The present made me unaware of all such tools, with my sight being my only window to the outside world, a sight that was fixed at one point.

I failed to find a suitable word to describe myself.

Life had just redefined itself for me without any prior notice or warning.

The end of a drought for an Arsenal fan

A chat with a 21st century Pakistani patriot

Ladies and gentlemen, we suck!