10 reasons why I would vote for Optimus Prime 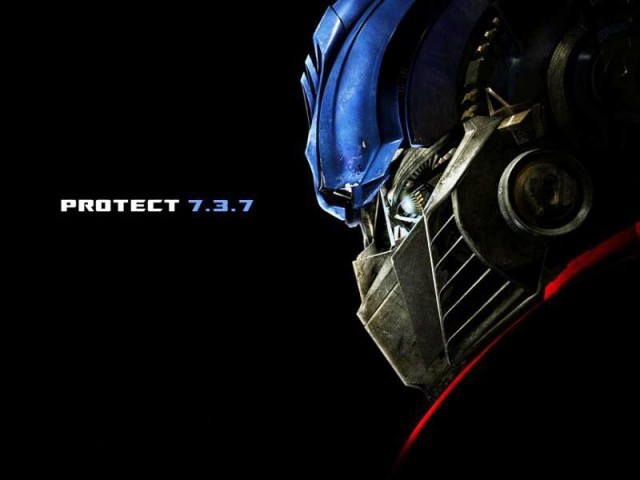 He is a machine and is on a mission to save the world from the evil grasps of the Decepticons. PHOTO: PUBLICITY

Looking at the current state-of-affairs in Pakistan, it is safe to say that Decepticon-like humans are creating havoc in the political sphere. Their weapons and actions have made peace a scarce concept.

In addition, the May 11 elections are expected to bring change in Pakistan.

If peace needs to prevail in the country then, in my opinion, Optimus Prime should become the president of Pakistan. My vote is for him not because he is a thirty-two feet tall robot who transforms into a truck, equipped with cool weapons. It isn’t even because he has a deep voice. I wish him to be president because of the following ten reasons:

1. He doesn’t need the presidency

Optimus Prime can easily live in a warehouse or in a parking lot – He doesn’t need the presidency. This way, Pakistan can save millions of rupees on a daily basis that easily go away on the maintenance of the presidency. Moreover, since Optiums doesn’t have an ego problem, he won’t need the tons of servants and maids either, which will save plenty more and raise the country’s treasury.

Even if he is made of metal and has a spark instead of a heart, he is more of a leader than any of his human counterparts. He will be with his nation in times of crisis and won’t be going on foreign tours, leaving his nation behind in a state of emergency and distress.

He is a machine and is on a mission to save the world from the evil grasps of the Decepticons. He isn’t married and never will be, so he will certainly not do anything to get sympathy votes.

I know you are smiling right now!

4. He is from the Autobots, not from some lame party with a silly manifesto

He is a loyal leader of the Autobot. He has loyal followers who will never switch sides. His manifesto isn’t only confined to a region, but spreads around the entire universe; to save every planet from the malevolent clutches of the Decepticons.

5. He doesn’t need a protocol

If Optimus Prime were to become Pakistan’s president, then he will save billions of rupees politicians so easily spend on their security protocol. Optimus Prime and the Autobots do not need protocol. Why should they? They are all equipped with an Energon Sword, Ion Blaster, Barrage Cannon, Energon Hooks, Battle Blades, Laser Rifle and all sorts of cool weapons.

Optimus Prime is always serious and talks to the point; in short, no dilly dallying and no excuses. He doesn’t talk trash, nor does he make fake promises. He doesn’t laugh either, so whatever he says is accepted with credibility and respect.

7. He will fight along with the people

Instead of living within the boundaries of his presidency and hiding behind guards, Optimus loves to fight. He never lets go of a chance to enter the battlefield and kick Decepticon-butt.

8. He never says the irritating word

You know what that irritating word is? Whenever our politicians are asked a question, they always reply saying “Dekhain jee!” which continuously frustrates the viewers. Optiums will never utter that word. He will always come straight to the point and give suggestions to solve the issues at hand.

9. He will give new Autobots to Pakistan

Optimus can also provide a new fleet of Autobots to Pakistan’s armed forces. Who knows how many Autobots are hiding in plain sight in museums and military compounds of the country. Optimus can use his spark and the shrapnel from the Cube to give them life, which will add the needed strength to the country’s military.

10. He will make the system efficient

Since Optimus Prime and the Autobots don’t sleep, they can work round the clock with their human support in Pakistan and can make things right. Only an efficient, dedicated, and resolute machine can solve the many issues boiling up in all sectors of the country.

Optimus Prime, with his intimidating but just leadership style will definitely bring fear to the hearts of those who are stealing Pakistan’s dignity as we speak.

My vote is for Optimus Prime. Who are you supporting?