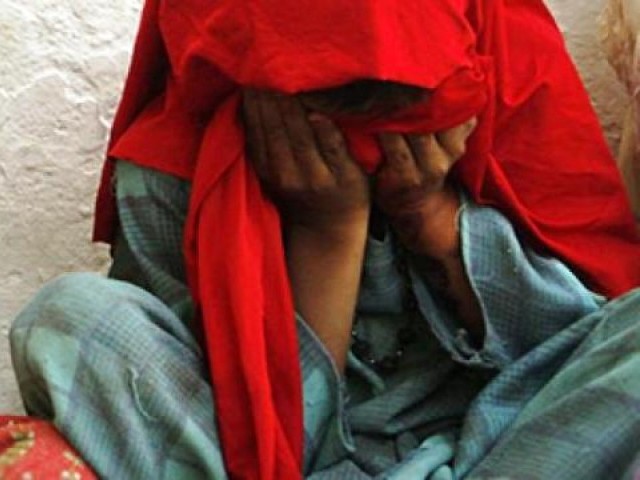 Kalsoom is the symbol of child poverty prevalent in our country; her tragic death leaves us with a big question mark. PHOTO: REUTERS

It was early morning. I was browsing through my daily newspaper when I came across this grotesque story. The news flashing before my eyes read, “A six-year-old lost her life begging for food at a wedding ceremony in Rujahna”.

Her name was Kalsoom, a beggar child; little did she know that begging for food could be as fatal as starving to death.

Her empty stomach forced her to spread her tiny palms in front of a waiter who was looking after the food at this ceremony. The waiter asked her to leave several times but her bloated belly got the best of her and she continued to beg for some mere leftovers. Annoyed at her constant pestering, the furious waiter plunged her into boiling water. The poor soul could not sustain the wounds of a merciless waiter and that marked the end of her life.

The day she died she was just six-years-old; I can count that on my finger tips.

Imagine the pain this minor suffered in her death. Should she have been punished so severely for being hungry and unlucky enough to be born poor?

When someone dies so young you can only imagine the countless possibilities they could have had if they were given the chance to live. Her life could have been a struggle, a battle to make ends meet. Yet, she could have had numerous moments of joy and happiness if she were only given a chance.

Just think, Kalsoom could have had children of her own. She could have even lived past 60. I can’t say- I can only imagine.

Alas! It seems that a single plate of leftover food was worth more than Kalsoom’s life.

Sadly, we live in a country where human beings crave violence. Think of the lust for blood that must have come over the waiter when he threw boiling water over a little girl. Forget literacy, what happened to humanity? What savage could have possibly done this to a child?

Society has failed and we are all to blame. Why, you might ask?

Did you even know of the barbaric death of this child?

Nobody cares for the poor; they have become mere scenery for us and their pleas, background music.

While you might be sitting under an extravagant tent in your best clothes, a child might be outside that very tent waiting for a bite to satisfy her growling stomach. Your priorities might be to build a new, happy life but is it fair to get so consumed to forget the other half of the population that may not even ever have the slightest chance to live that life?

I would like to see politicians think beyond their pot belies to those who might have not eaten for days. Stand up for those who nobody speaks for.

My request to all of you: Before you sit down for a meal today, feed one poor child and be vigilant of others who try to harm the defenseless.

“Any man’s death diminishes me because I am involved in mankind; and therefore never send to know for whom the bell tolls; it tolls for thee. . . .” John Donne.

Why is Manmohan Singh's village better than mine?