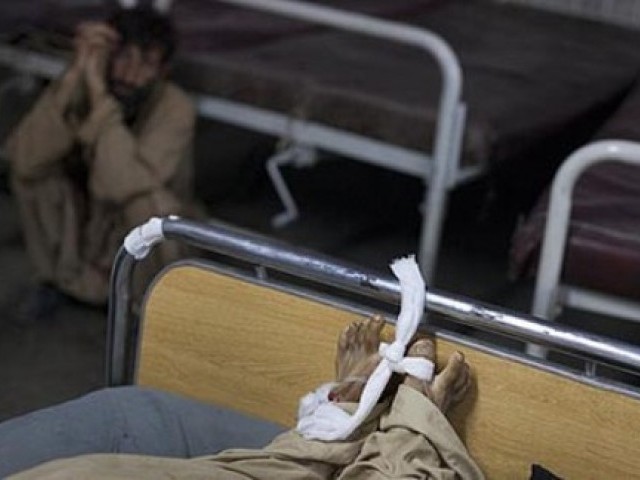 In the absence of a concrete emergency plan that can be employed to manage such situations, the folly continues. PHOTO: REUTERS

Drop, cover and hold on. That’s what’s taught during an earthquake drill. Most of us would have known that had we rehearsed it either at home, the workplace or at school. Instead of disaster preparation, we believe in the response phase of emergency. And what was our response to the April 16 tremors felt across Pakistan?

Panic, scream, freeze or run towards the nearest exit without any strategic plan in mind. Lucky we were, but it won’t take long before Lady Luck disappoints us when we’re most vulnerable.

Take the example of the 2005 killer earthquake that struck the northern regions of Pakistan or a more recent one like the 2011 earthquake in Balochistan. What did they have in common?

Catastrophic loss of life because of a lack of foresight and initiative on our part and that of the government. One colossal catastrophe would have been enough to stir an action plan into motion but even after suffering from two major earthquakes, we’d still rather take pride in mobilising relief than drawing up an emergency preparation plan that could mean the difference between life and death.

Just like all causes that have united us in the past, their ability to retain our attention is, well, short-lived, at best. The Baldia Town factory fire and the Abbas Town bombings all stirred us into action only till the time a new civilian casualty incident surfaced.

Other than the few noble ones who stay on to assist with the rehabilitation process, most move to the next location with their banners, cartons and cameras.

In the absence of a concrete emergency plan that can be employed to manage such situations, the folly continues.

It’s time we set our priorities right, expect the unexpected and prepare ourselves for it.

Community preparedness is as important as state preparedness. With the election race nearing its final lap, it is imperative you ask yourself this one fundamental question before casting your vote: does this party even value human life?