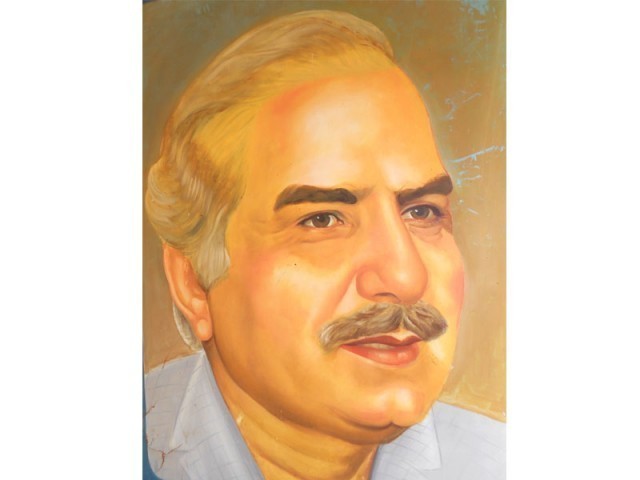 During a time when Zulfikar Ali Bhutto had managed to capture the hearts and minds of the people in the late 1960s and early 1970s, Major Ishaq Muhammad was one progressive who chose to pave a different political path. Ishaq, who had been Faiz Ahmed Faiz’s cellmate during the 1950s, was known for his militant stance against crony capitalism and entrenched landlordism.

Following the split of the National Awami Party in 1965, Ishaq left his flourishing legal practice to create a rural-based movement in the form of the Mazdoor Kissan Party (MKP) in 1967. He was also a prolific author and Punjabi playwright of repute.

Since no holistic work on the Left has ever been published, most research that we have is in the form of various local accounts and archives, which can give a small insight into Ishaq’s movement.

Without getting into a debate about the overall framework of the left-wing forces of the time, Ishaq’s work has to be analysed in the context of mainstream politics itself. Our tendency has been to overlook underlying socio-political movements, despite the long shadow of dictatorships and establishment-based politics.

In this regard, the idea of ‘mass politics’, that was embodied by Bhutto or more recently in the case of Imran Khan, looks to create umbrellas of support in a top-down patronage model that connects people to the powers of the state itself.

Meanwhile, Ishaq’s MKP movement tried to do the opposite. It worked with the most oppressed people in rural society. This is something that was never done before in our history. The mobilisation was done using an array of cultural and political fronts whose goal was not only empowerment but radically redefining the relationship of power and class that was present in these areas.

They utilised the cohesiveness present in these communities, worked to build cadres and breed leadership.

After the movement splintered around 1977, Ishaq would continue his struggle against General Ziaul Haq alongside other leftists. He was sent to prison one last time, where he would develop paralysis.

Uncompromising as he was, he refused the dictator’s offer for medical treatment. He passed away in 1982, marking the end of an era for the Left.