Volunteering in Pakistan: A forgotten dream 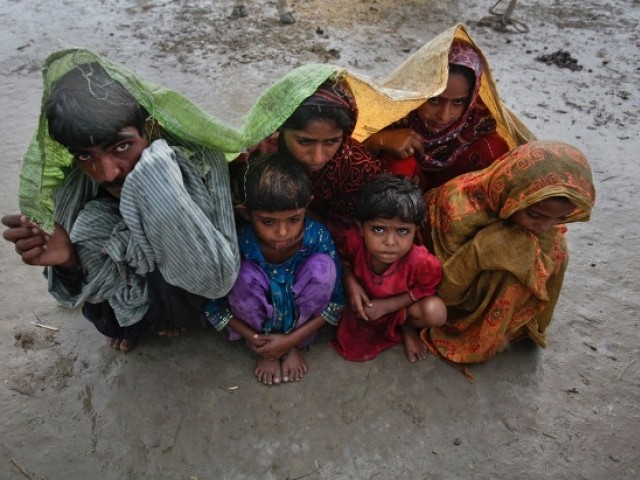 In Pakistan, all sorts of calamities have been wreaking havoc for a long time but no formal community service organisation has been able to flourish, save lives and serve the victims. PHOTO: REUTERS

Visiting Pakistan Institute of Medical Sciences sometime back to attend the US alumni community service programme arranged by students of Pakistan, India and the US, was an interesting experience.

Going through the different wards with the students, I could not help but wish that volunteering or community service programmes be held in the country on a regular basis. Talking with the children in the hospital, sharing jokes and stories with them and trying to put a smile on their faces made the whole experience worthwhile.

In the US and in Europe, community service is often made obligatory for those who are found guilty of committing petty crimes. The inter-related concept of Scouting started taking roots in London during the first decade of the 20th century, which later on, played a constructive role both in times of war and peace.

In Pakistan, all sorts of calamities have been wreaking havoc for a long time but no formal community service organisation has been able to flourish, save lives and serve the victims.

At the time of partition, various students’ organisations played a pivotal role in spreading the message behind the creation of Pakistan and helped the refugees coming in from India. But these organisations could not flourish for long and now we hardly see anyone in this field, except Abdul Sattar Edhi’s organisation.

The Scouting movement in Pakistan is governed by the Pakistan Boy Scouts Association Ordinance, 1959, but sadly, it’s only been used for political purposes.

There can be many reasons for the poor understanding of the community service concept in Pakistan, but one of the major ones is the priorities we have set as a nation.

In a country like ours, volunteering should be part of the academic curriculum and must be taught as a subject, like the now defunct National Cadet Course, which used to be compulsory for every college student.

How we act under pressure during times of emergencies can be easily gauged from the confusion that ensues after every disaster and the hue and cry there is for ambulance services. If people had the basic training that enables them to administer first aid, they can save countless lives during such times.

Initiative should be taken in this regard by including chapters on such issues in the curriculum, and later, making it a mandatory subject.

A media student and an education reporter at The Express Tribune.

Article 25-A: What does the 'free' in 'right to free education' imply?