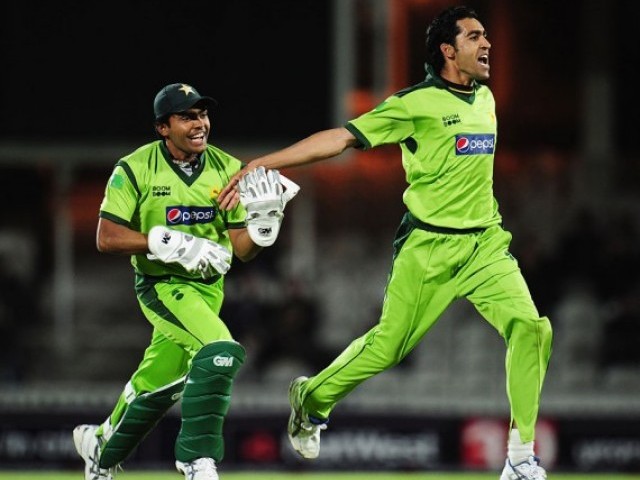 The passion in Gul’s awkward celebrations could not be an act.

I believed the original charges against our spot-fixing trio, but the fresh accusations about the third ODI are, in the words of Shahid Khan Afridi, “Absolute rubbish”.

I bought into the original accusations because of the little things: the size of the no-ball; the picture in which Butt was watching Aamir after delivery; the way he was stuttering during the press conference; the way he failed to plead innocent, and most of all Aamir’s slumped shoulders the next day.

This time around, the little things point the other way. I watched the entire match, and I saw the tension on Afridi’s face. I saw it replaced by relief and joy when the match was won. I saw Razzaq’s nerves-of-steel terminator look morph into boyish delight after taking the last wicket. I saw the passion in Gul’s awkward celebrations and the sincerity in his eyes as he looked up at the sky. I heard Shoaib’s laboured grunts and groans in the last over.

All this was not an act. It was a genuine effort, and a genuine win. Anyone who has seen the awkward cellular or ‘Jabardaaast’ Shampoo ads, knows that our players are no where CLOSE to being such good actors.

Now let’s look at more empirical factors. First of all, Haroon Logart should really make public what the ‘prior information’ was that turned out to be so true and has him so convinced. What point is there in concealing any longer?

In any case, the first rumoured accusation is the slow scoring rate in the early half of Pakistan’s innings. Our openers did not stick around for long enough to control the innings, and the freak way in which Kamran got out, well if he did that on purpose, the man’s a magician.

The majority of scoring was done by Asad and Fawad. Now Asad’s being in this game is a surprise, his debut was a result of the spot-fixing crackdown and resulting suspensions. This negates any theories that the betting mafia had the players in for the deal long before the tour and were proving difficult to get rid off.

As for more recent fixes, well, confidence in Asad’s ability to score-at any rate whatsoever- is something he himself would be short on. I doubt any bookie would place large amounts of money on his skill.

This brings us to the last possible prediction: That the run rate will be around three when Fawad is at the crease. Well you don’t need Nostradamus to predict that. I could write it in a report and it would prove true every match.

Lastly, ECB has been given confirmation that England players and management are in the clear. I normally hate the Pakistani knee-jerk defence of “They are out to get us”, but this is just ridiculous. How can the English players be cleared before the investigation is complete?

England had the match for majority of the time, and rates would have been well in their favor before the collapse. The way their batting order folded caught the attention of even our beloved Ijaz Butt. If that doesn’t raise an eyebrow nothing will.

Investigating a match for fixing, in which the losing side is exempt of suspicion is simply ridiculous.