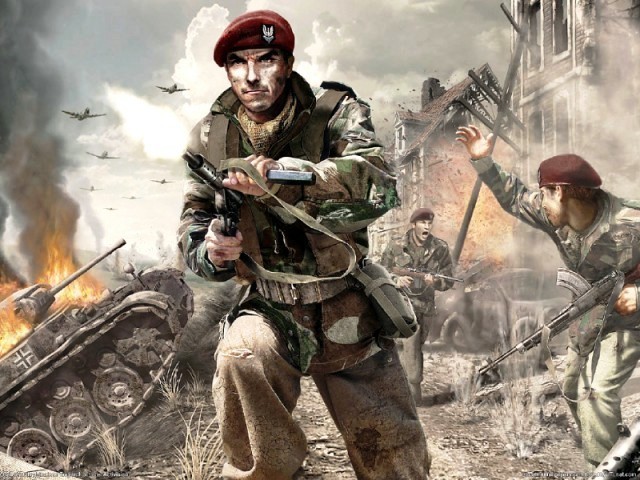 The seed is being sowed in so deep and so irrelevantly that it doesn’t seem like a conspiracy anymore; it’s an agenda. PHOTO: FILE

I love gaming. We gamers don’t just play games for the sake of venting our frustration on remote control buttons and enjoying the graphics of a particular game; we follow the storylines as well and the characters become idols.

Consider the example of a cousin of mine who came to meet me after many months. The first thing he did – without any greeting whatsoever – was blurt out,

(Oh man, Zain Bhai do you that Lori from Walking Dead died?)

It is an obsession, yes and our tech savvy generation can easily turn these things in to an addiction. However, as long as we’re not affected adversely by the games, I don’t see any harm in this.

In recent times though, I feel that this addiction is being taken advantage of by the creators. Call it what you will – worldwide hatred or merely propaganda – but lately many games have started targeting the Muslim population in their plots and it isn’t going unnoticed.

Games are supposed to be made purely for the entertainment of children and young adults; basically they target an impressionable audience. Hence, they should focus around a story line that is purely fictional because they hold great powers of manipulating the mindset of a young gamer.

Unfortunately, since the past couple of years, many of you may have noticed that Pakistan is being portrayed as the ‘bad guy’ in many videogames. This negatively impacts many people who will come to believe with certainty that Pakistan is an enemy state, worthy of only hate.

Imagine the thoughts of a child playing Call of Duty: Black Ops II, trying to kill the ‘villain’ hiding in the ‘terrorist country’ of Pakistan. Insinuating that Pakistan is a ‘terrorist country’ plants the seed of hatred in a child’s mind from his/her early years. This mindless prejudice could be very damaging for our future generations and I object to it.

It isn’t just this game in particular, but many games these days have plots in which Pakistan is, in one way or another, being framed as a country which provides shelter to terrorists.

The seed is being sowed in so deep and in such cunning ways that it doesn’t seem like a conspiracy anymore; it’s more of an agenda.

If you disagree, then what is the point of making Pakistan a villain in games like Metal Gear Rising?

I understand that not many people play games with the same zeal as I do, but even movies and TV shows reflect the same anti-Pakistan stance.

Movies such as Iron Man: Rise of Technovores show narcotics and weapons being smuggled in Pakistan. Recently, a movie called Zero Dark Thirty left no stone unturned in its quest to disgrace Pakistan’s image. Moreover, shows like Homeland and Last Resort too manipulate Pakistan’s role in fighting terrorism.

These movies, TV shows and videogames were made purely for the purpose of entertainment, yet, now it seems as though they are mediums supporting subliminal messages against specific countries, religions and culture.

This trend will just increase as time goes by and will deepen the divide between the targeted nations and the rest of the world. After all, which child would want to befriend a classmate of Pakistani origin when Pakistan has so obviously been shown as the ‘bad guy’?

The entertainment industry has a responsibility towards its audience and the well being of the people; propagating hate as they are doing, will not make the world a better place.

This platform should be used as an opportunity to convey a positive message and sponsor peace; not spread hatred and incite violence.

Real Madrid's La Decima: The dream is now a reality