Exploiting social adverts to open up a world of possibilities 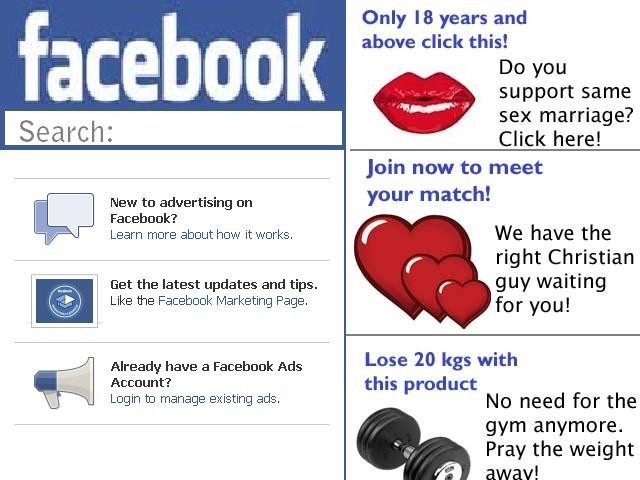 This Facebook exploit is now being used by highly skilled individuals to steer the direction of Facebook pages to what they want and serve their agenda.

Social media advertising has gone places where no medium has ever gone before. With a wealth of personal data from social networks, marketers now bombard potential customers with content while they interact with their loved ones.

The best part about it is that unlike billboards, organised events, TV and radio commercials, advertisers find out the response to their campaigns within a matter of hours, along with intimate details of the people responding to their initiative.

Advertisements on social media, however, can have creative as well as malicious uses.

Picture this. Megan is a high achiever. She just got promoted for the third time in seven years; she has started her M Phil in Marketing and has earned a name for her articles on environmental issues. At the age of 29, she feels that it is time to settle down.

However, she is unable to find someone. With all her friends married and even their friends having tied the knot, her choices are limited.

Furthermore, she doesn’t want to appear desperate when meeting potential partners. She just wants to meet new people, get to know them in a casual setting and perhaps take it from there. She joins a local Toastmasters club in the city for this purpose; an international forum where people come to improve their public speaking skills.

After attending her first few fortnightly club meetings, she is disappointed to find that the club mostly consists of men who are married, committed, or belong to a different orientation.

This is when an idea from her experience in marketing hits her.

“Why should I go looking for potential partners, when I can make them come to me?”

So she logs onto Facebook and finds the page for the Toastmasters club. Although the page is very active, it has a paltry 300 likes. She opens the Facebook ad manager and makes a small advertisement for the page (see sample below.)

When choosing the target market, however, Facebook gives her the option to customise the ad to be visible to only men living in her city, who fall in the age bracket of 26–34 and who are listed as single, interested in women and are either Jewish or Christian.

The ad manager shows that the size of the target audience with such traits and it is around 30,000.

This is how it works: The ad would be shown to all these men on the right side of the screen when they log onto Facebook. If any of them ever click on the ad, she would be charged four cents. All of this would take place right under the nose of the page owners/members, without them ever knowing.

Moreover, Facebook starts sending Megan email updates regarding the ad campaign. Before the next club meeting, close to 1,000 men ‘like’ the Toastmasters page, 270 RSVP for the oncoming meeting and 25 of them show up at the event.

The Toastmasters club was used to an average of  three or four new visitors in their fortnightly meetings. 25 was the highest number of guests the club had ever welcomed at once.

Frequent attendees were caught by surprise but were happy to see that their club was growing. The guests enjoyed themselves and most of them promised to come next time. From the 1,000 men who had ‘liked’ the page, more came in the next meeting and the cycle continued.

With an ad expense as small as $40, Megan was able to meet several suitors and find the love of her life. She is now married with a little one on the way.

This Facebook exploit is now being used by highly skilled individuals to steer the direction of Facebook pages/groups to the direction that they want and serve their agenda. Possible examples include:

In high school, Bill Gates wrote a scheduling programme to book him into an English class with him as the only male student. Little did he know that years later this tactic would be recreated in ways with far reaching repercussions!

A student of Information Security and an audio-book enthusiast, Ali tweets as @enspec twitter.com/enspec

Hacking is painfully easy: Anybody can be you!