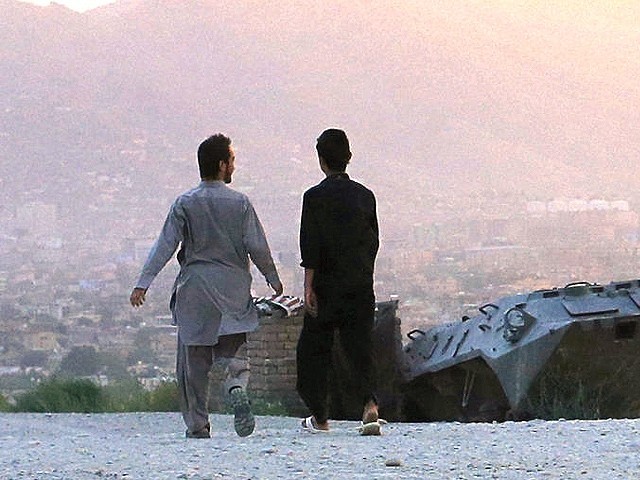 Tamim’s jealousy of his rich classmates was growing as he saw them take out filter tipped cigarettes and then crisp notes from their wallets to hand over to the waiter who was bringing them juice and samosas. PHOTO: AFP

Tamim’s cigarette was nearing its end. He saw students clamouring out of the examination hall, laughing and sharing examination horror stories. He searched their happy faces for a sullen, sunken face that was probably dotted with paan spots.

When he saw Zahid’s face, he raised his hand to beckon him. They bumped shoulders in greeting and Zahid filled his lungs with smoke and let out a breath of relief.

“I’m going to fail. We’re both going to fail.” Tamim stared at his classmates gathering near a car and putting on what seemed to be new sunglasses.

“Who cares? Math never helps anyone in real life.” Zahid replied wisely, chewing on his paan.

Tamim stared at him and wondered what he was going to tell his parents.

He hated how small time his existence was. How mediocre everything from his clothes to his public transport filled life was. He wanted to do something big and academics bored him. He needed a shortcut to prove to his hard working parents that he wasn’t an idiot. That he could do something for himself. Make a name. Be rich and buy them all the comforts they wanted- shiny new car to go with shiny new sunglasses.

Zahid was staring at the group of boys too.

“Do you know what Rauf’s father does? He’s a bureaucrat, man. Those people mint money. Qasim? His dad’s in the Army. Sameer’s father’s got a ‘business’, if you know what I mean. All black money, you can’t get so rich by working hard and studying math, man.”

Tamim’s jealousy of his rich classmates was growing as he saw them take out filter tipped cigarettes and then crisp notes from their wallets to hand over to the waiter who was bringing them juice and samosas.

“And do you know who we are, Tamim?” Zahid asked billowing smoke into his face. “We will be working for them. We will be bringing them those juices and samosas.”

Tamim’s face was burning in shame and frustration. Munir Taufeeq was going to make his disappointed face when Tamim would show his results. That he had failed, yet again. Supply after supply. Riffat Taufeeq would cry and lecture and call up relatives to tell them what a disappointment their only son was.

He shook his head and crushed the cigarette butt with his torn shoes. “I’ve had it. I want something more than just these samosas. I want more.”

“Opportunity.” Zahid bared his brown teeth. “This is your chance to make it. And if you take it, next year you’ll have a bigger car than those morons and more sunglasses than Rauf, Sameer and Qasim’s put together.”

Zahid could not stop grinning. “My friend is probably going to be in charge of a voting booth in our area. He is looking for … helpers.”

They reached a clean office and Tamim was immediately impressed with the shiny new car parked outside. The bright May sun that had drenched Tamim in sweat was sparkling the car’s windshield. It smirked at him. It mocked his frailty. They walked up to the office and two large armed guards asked their business. Zahid spoke to them quietly and after 15 minutes of waiting in the sun, they were allowed to meet Zahid’s ‘friend’. Tamim wiped his brow with the back of his sleeve and stepped inside an air conditioned room.

A heavy set man with a gold watch sat behind a desk. The picture of an influential local leader hung over his head at the wall next to Jinnah and the flag of Pakistan.

They sat before him and Zahid introduced Tamim to “Sir Jee”. “This is my friend, Sir Jee. He will help us out. He is willing now.”

“If he’s not, you know where we’ll find him, right? We do our background checks.”

There was a pregnant pause.

Sir Jee opened the drawer and took out two small brown envelopes. He placed each one before them.

“You were recommended by someone I trust. So I am giving you this on our first meeting. Election is drawing close so I need this work done now. You start as soon as possible. Meet with Jamshed. He’s standing outside. He will take you both out to lunch in a while and explain the rules.” He pushed the envelopes toward them.

They got up and went out the door. A skinny man in starched shalwar kameez greeted them and asked them to step into the shiny car. Once inside, Tamim opened his envelope.

And a shiny, brand new TT.