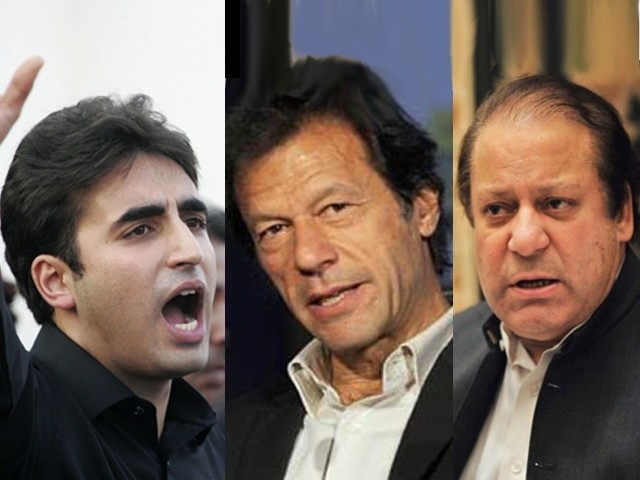 It will in fact be a dream come true, if we are able to replace the two major parties in the country with better ones. That said it is indeed nothing but a dream.

I am not subscribing to a Marxist analysis but it is evident that our society has two distinct classes. The first is the rich and educated minority of Pakistan that makes up the ruling and influential group; the second is the deprived and backward masses who are ruled.

In this context, democracy appears to be the best system of governance for the country. However, Pakistan has seen so many military interventions that the evolution of political institutions has been stunted.

Many political parties are family-run organisations where leadership remains within the circle of wife, husband, and children. When such descriptions are discussed, the first few parties to come to mind are the Pakistan Muslim League Nawaz (PML-N) and the Pakistan People’s Party (PPP).

The educated elite who are well versed in western political theories believe that they can bring about a drastic change in Pakistan. However, their desperate attempts of taking Pakistan out of its misery to its glory will not work with any such radical methods. What they need to understand is that a revolution is a constant, committed struggle towards a better future without any far-fetched, grandiose claims.

It will in fact be a dream come true, if we are able to replace the two major parties in the country with better ones. That said, this is indeed nothing but a dream.

A party that has recently come up with a claim of providing a better alternative is Pakistan Tehreek-e-Insaf (PTI).

However, I believe that PTI is not a good  choice for the government at the moment because of their inexperience and gullibility.

The two dominant parties – PPP and PMLN-N – on the other hand, have a proper structure. People are easily able to recognise their ideology and a clear left and right can be identified in PPP and PML-N. Additionally, both the parties have the experience of being a part of the government.

If we are to look for apt teams, we will find excellent legal gurus in PPP and finance giants in PML-N.

Anybody can come up with a manifesto, but the real question is figuring out who can actually make things happen.

To make a claim that these are the parties of saints would be absolutely absurd. However, it must be recognised that these parties have evolved a great deal and a change in their attitudes is evident. PPP’s completion of a five-year term and PML-N’s support on key constitutional reforms is unprecedented.

PML-N and PPP have produced several leaders of national stature.

Most Pakistanis are not even aware of any other leader of the PTI besides Imran Khan, Shah Mehmood Qureshi, and Javed Hashmi, and none of them owe their fame to PTI. It is alarming that PTI has been unable produce a single leader in almost two decades.

People, no doubt, have concerns with PPP and PML-N, however, the solution is not to create a new political party every time a water conduit gets blocked. Pakistan is a highly diverse society with deep ethnic, religious, and sectarian divides, and if a party is created for every issue, it will be extremely difficult to reach a consensus. The lesser the political parties representing Pakistani society the better it will be for the country as a whole; as opposed to each citizen expressing himself/herself individually.

With all due respect, if Nawaz Sharif or Bilawal Zardari were to die, their respective parties will get more votes. Conversely, God forbid, if Imran Khan were to die, PTI would hardly get any votes.

The reason is that in the former case, these parties have a history and are not just known because of their leaders, while in PTI’s case, Imran Khan means PTI and vice versa.

When it comes to Pakistan we have to invest in our leaders wisely.

It is a slow growth, but there is progression and through voting for these two major parties we can force them to bring out required reforms. On the other hand, if we choose a new party each time, we will not be able to force any transformations through voting. The whole democratic process loses its meaning in this ‘choose the untried’ framework.

Vote for either PPP or PML-N, because that is the only way forward!

An AKHSS Gilgit and KL-YES Alumnus, currently pursuing a degree of BSc. Hons. in Political Science from LUMS. He is interested in perennial philosophy of religion, politics, and economy

For how long will people like Muzaffar Ali, from GB, remain disenfranchised?

Gilgit is to blame for this bloodshed