Spot-fixing scandal: Give Butt and Asif another chance 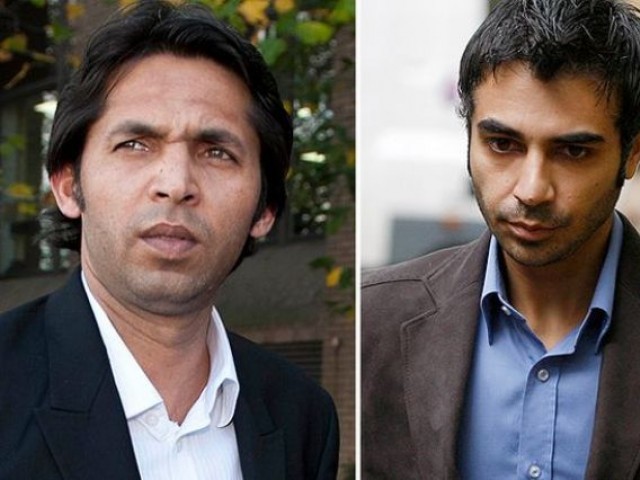 If we can give those corrupt politicians a second chance, then what harm is there in giving Butt, Asif and Amir one more chance? PHOTO: REUTERS

Salman Butt and Mohammad Asif are once again in the spotlight, embroiled in the on-going spot-fixing controversy stemming from the infamous tour of England in 2010.

Their appeals against the ICC ban have been rejected by the Court of Arbitration for Sport (CAS) just yesterday. However, Butt, who has been in the news more often than the other two, still aims to play international cricket again, although, he must serve his ban for the sin he has committed. He stated:

“I will be 30 by the time the ban is finished. Let’s see if the motivation is still there.”

“I am trying to keep myself fit and motivated.”

Grave as their crime was, I believe we must forgive the trio after their respective punishment; everyone deserves a second chance.

Salman Butt received a ban for 10 years (five years suspended), Mohammed Asif seven years (two years suspended) and Mohammed Amir for five years. Additionally, a criminal trial resulted in a custodial sentence for each; Salman jailed for two and a half years, Asif for a year and Amir for six months in a young offenders institute, though all were released after having served half of their respective sentences.

The main focus is on Salman Butt and -to some extent – on Mohammad Asif as well.

One could be guilty of naivety to speak in their defence, claiming it to be a conspiracy against Pakistan; yet, for cricket and it’s vociferously protective guardians, it was and is an unforgivable act and any punishment must be just and equal in terms of the crime.

That said, cheating and selling out a nation such as Pakistan isn’t new; politicians have been doing it since the country was formed with blood and brutality as a by-product. So why is it that when it comes to cricket, it is the gravest sin that the nation has ever witnessed?

Furthermore, let me remind you, these men were accused and have been proven guilty of bowling deliberate no-balls rather than throwing a match away, which has happened in the past and the cricketers involved in match fixing never went through as much as these guys did.

So why the double standards?

Salman Butt has been a target of criticism, which to be fair is justified because as a captain he should have set a good example. However, what is unfair is that he was blamed solely for the involvement of Asif and Amir. It was not as if Butt held a gun to their heads and asked them to indulge in spot-fixing; it was an act of a collective group rather than one greedy individual, and, each one of them should face the same consequences.

Cricketers and cricket fans alike are calling for life ban’s, especially for Butt as he is considered as the main instigator, yet one should at least try to give them the benefit of doubt because after all cricket is their daily bread and butter and that is all they know.

Sometimes people change and become better human beings after going through such demeaning and life shattering experiences. Gambling in cricket is widespread, and to be honest, they are just at the tip of something that happens often enough to be ordinary.

Who knows, maybe now all three of them have learnt their lesson knowing that they let down 180 million cricket fans?

Let’s face it; match fixing or spot fixing is a global issue. Many have been caught, many have escaped.

Punishing these three so harshly sends a strong message to all others and should make others think twice but has the ICC achieved that? Many players still playing are involved in fixing.

The picture above has been placed just to focus your attention on something we never looked at before.

My point, thus, is simple, if we can give corrupt politicians a second chance, then what harm is there in giving Butt, Asif and Amir one more chance?

The future for these three may not be as bright anymore, and they will know that they only have themselves and their greed to blame for their shame; they will, hence, work even harder to redeem themselves.

Give them another chance, let them make things right.

A British Pakistani, a club cricketer and an economist in the making. His other interests include stock trading and politics. He tweets at @Kallerz37