UEFA Champions League: Will we witness another El Clásico? 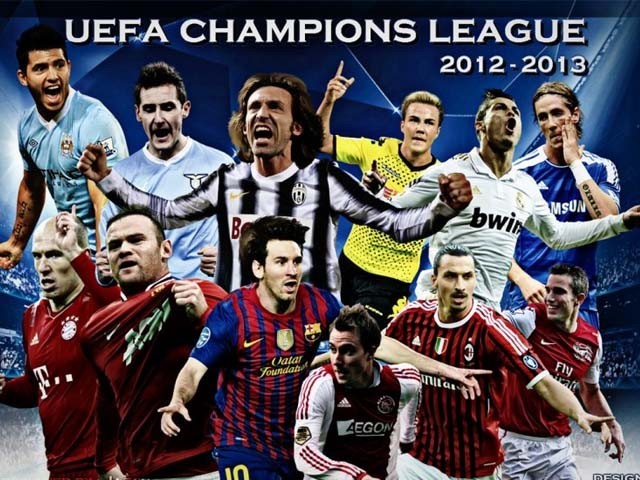 Football fans anxiously wait for this year’s semi finals as they might witness some of the greatest games of football of all times. PHOTO: PUBLICITY

The Union of European Football Associations (UEFA) Champions League semi-final on Friday may have brought a feel of fear in the hearts of Blaugrana fans, after they drew against the mighty,title-hungry German side, Bayern Munich.

Having a star-studded side, Bayern Munich has a great chance of getting through to the final of Europe’s most elite competition. On the other hand, FC Barcelona, which is pretty much injury struck, will not let go of this pulsating tie that easily.

FC Barcelona has sent their message directly to all the teams in competition after they overturned the two-goal deficit against AC Milan at Camp Nou to get through to the quarters. They went on to protect the two-way goal advantage against Paris Saint Germain, without having their talisman Lionel Messi for about an hour. Messi is expected to start the La Liga game on Sunday against Zaragoza. FC Barcelona is playing the sixth consecutive semi-final of the UEFA Champions League.

Borrusia Dortmund, being the dark horse, is expected to give a tough time to Real Madrid.

Dortmund stepped in to the semi-finals in an emphatic way, after having a nervy encounter against Spanish club, Malaga. They were 2-1 down, scored two goals in the stoppage time to win the tie on an aggregate, 3-2 score. Real Madrid lost to the extravagant Turkish club, Galatasaray 3-2 in Istanbul but secured a spot in the semi-finals on the aggregate score, 5-3.

Being a Barcelona fan, I am intimidated by Munich’s impressive record this season, having won the Bundesliga title already; they just need to focus on the UEFA Champion’s League now.

Over and above this, the biggest motivation for them, in my opinion, is their hunger for the title.

They were defeated by Chelsea on their home soil last season which cost them the Champions League crown, and have been knocked out in the semis or quarters in the past few years. The ever growing frustration and misery is evident by the aggressiveness and consistency that players show on the pitch.

Will we be witnessing another El Clásico at the end of the season?

If Barcelona tries to make it through to the finals and Real Madrid eliminates Dortmund, we could be watching Barcelona versus Madrid at Wembley, in May.

Although Real Madrid had an upper-hand against Barca in the Clásico played this season, Tito Vilanova’s men would have the biggest opportunity for the bitterest revenge, if they defeat Real Madrid to be crowned the Champions of Europe for the fifth time. On the contrary, neither Dortmund nor Munich can be ruled out. Perhaps, we can see both the German clubs colliding in the finals.

We, the football fans anxiously await this year’s semi-finals as they can prove to be the matches of the season and we might witness some of the greatest games of football of all times!

Real Madrid versus Borrusia Dortmund could prove to be one of the best matches of this season, but Bayern Munich and FC Barcelona have a lot more in stock for us, for sure!

A Finance student at the Institute of Business Management, Saif is a football fanatic and a food lover. He tweets as @saif_ajafri (twitter.com/saif_ajafri)

What does religion have to do with football?