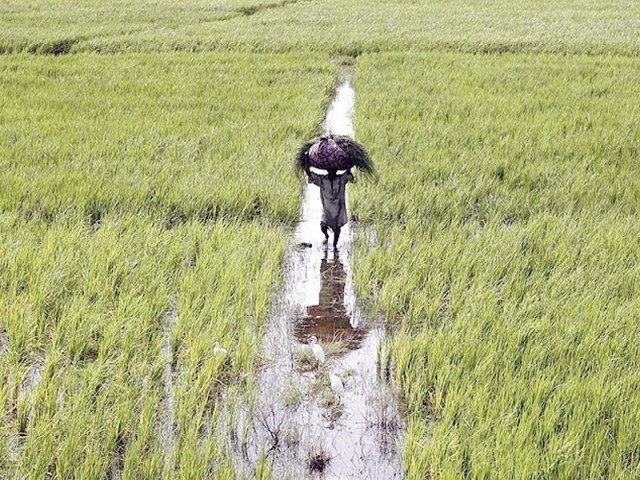 Rezone the violating farms; pay the commercial rate or leave- if you want to live in a mansion pay the price of one. PHOTO: FILE

Around the world, banks, leasing agencies and recovery firms are despised for the swiftness with which they come to collect on unpaid loans or breaches of contract. People complain about how their unique circumstances were not considered by the agencies when they appeal for leniency.

Yet, at the end of the day, this is what keeps those companies ticking over. Plus, ‘borrowing’ something with no intention of giving it back is a form of fraud. Fortunately, so is providing loans to people who cannot pay them off.

Unfortunately, while poor borrowers get punished, predatory lenders usually get off scot free.

In December, I worked on a story with Obaid Abbasi in which we highlighted the failure of the CDA’s policy of investing unspent funds in the stock market. Unsurprisingly, the agency’s ineptitude at investment seems to extend to lending as well.

Take the many agro-farm schemes around the capital. Over the past 20 years, the vast majority of farms were granted to people who wouldn’t know a hoe from a shovel. Anyone could have told city managers that developing farms was the last thing on their priority list.

Unfortunately, it appears no one did, and city managers at the time, and perhaps today as well, didn’t bother to check whether giving huge swathes of land to such ‘farmers’ made any sense. It didn’t help that among these ‘farmers’ were presidents, prime ministers, senators, MNAs, leading lawyers, and other people with deep pockets (as long as you don’t use their tax returns to evaluate).

Now, decades on, the civic agency has begun addressing the blatant disregard for the lease terms by these ‘farmers’. They started by addressing farms with ‘excess covered area’ for the farmers’ homes, defined as anything over 12,500 square feet.

I’ve been to real farms.

The farm workers live in huts barely one tenth of that size. The farm owners live a reasonable distance away in their mansions. They don’t build their houses on arable land because it would mean wasting a potential source of income. It’s simple economics.

The CDA is tearing down the ‘excess covered area’, but, the approach has been slow, and only a few farms have been welcomed by bulldozers. Many farm owners have contested the CDA’s findings, probably because they think their lush gardens fulfil the criteria.

This has led to the CDA sending out no less than three ‘final’ notices. The dictionary definition of final is: Final (adjective): last; coming at the end of a series.

This definition seems lost on the CDA. Whether it is for an honest reason, or because they are favouring the influential farm owners is a matter for debate. What is not debatable though, is the fact that a permanent solution, ideally involving severe punishment for violators needs to be taken.

Currently, the fines are placed at Rs30,000 per acre, or under Rs1 million per violator. Some of the plots being used as wedding halls and restaurants make that much in a month, while homeowners would be paying much less in rent for similar properties in equally developed areas. Owners can just carry on paying fines and operating.

A better idea would be to start from scratch. Rezone the violating farms, both residential and commercial use ones, into commercial properties and give the owners an ultimatum — pay the commercial rate or leave.

If you want to live in a mansion, pay the price of one.

The real farmers can continue operating without hindrance.

Holding officers who approved the lease of a violating agro-farm culpable is also a legitimate strategy which would weed out corruption, though it would face backlash from CDA officials on the take. Meanwhile, also ensure that the beneficiaries of any new farm schemes are real farmers by measuring their annual yields or seed and input purchase records.

Doing so is not very hard. The CDA is computerising property records. Using these, it could easily be determined who has been violating the lease terms and for how long. It would ensure swift justice, and would give the CDA the moral high ground when they boot out poor people from slums and katchi abadis.

This is because both will argue that they were only putting roofs over their children’s heads. The difference being, that under some of those roofs, there is only dirt, while the others cover Venetian marble floors.