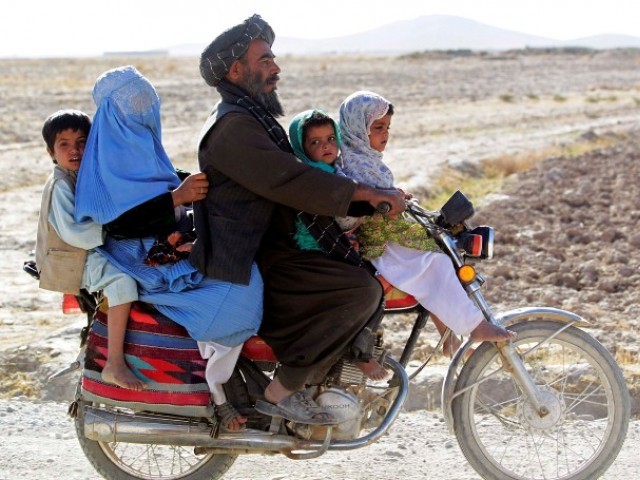 If I buy a car, I may not face this level of discrimination. PHOTO: REUTERS

Progress comes at a price they say, but when it comes to Karachi, motorcyclists seem to be the ones paying this price most often, if not always.

From entry into state-of-the-art shopping malls and luxury hotels to snap checking by the police, motorcyclists face discrimination in most situations.

This is about the rights of two million motorcyclists — sales agents, delivery staff, factory workers and other corporate as well as public sector employees — who serve the city in one way or the other.

If you are on a motorcycle, the security at a five-star hotel will not let you in, nor will they treat you the same as if you were driving a car. On the other hand, some five-star hotels are kind enough to let one park just outside their main parking lot but security does not allow any helmets to be taken inside — my fault since I can’t wire-lock my helmet with the motorcycle because of its unique shape.

With the current state of law and order, we certainly need high security measures. What I don’t understand is how a motorcycle is riskier than other automobiles. An upscale mall, in Clifton Karachi, for example, won’t allow motorcyclists but a black sedan easily made it inside, recently, with armed passengers.

Similarly, commuting on a motorcycle — especially with family — is no pleasure when other motorists deny you the right of way and cut you off ruthlessly and disrespectfully, even if you are accompanied by women on the bike.

Our police want us to get standardised number plates while the government refuses to provide them — again, my fault. However, they dare not stop an SUV with black tinted windows and no license plate but yet will extort money from motorcyclists in the name of ‘security’.

That said, if I buy a car, I may not face this level of discrimination but that won’t address the broader issue: unequal treatment of a specific segment by those who are in charge in a given situation or position of power.