Handwriting analysis: An adventure into the subconscious human mind 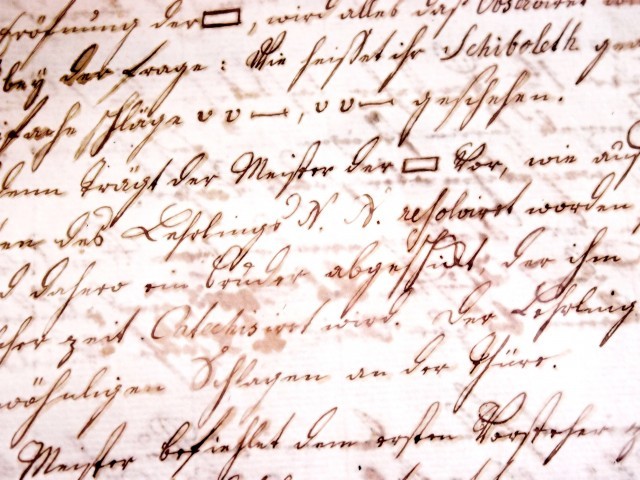 Each and every one of us has distinct, unique handwriting which may be similar but is never exactly like anyone else’s.

People have been scrutinising their own and other people’s handwriting through the ages.

Can so and so be trusted? Does he finish a job even when the going gets rough? Is she as nice as she is pretty?

Many people have pondered over these questions and have looked to the subject’s handwriting to try and unravel the secret of their character.

Each and every one of us has distinct and unique handwriting; our script may be similar to someone else’s but it is never exactly the same. A few people are totally unaware of the individuality expressed in their writing. Very often they are proud of the grace and legibility of their handwriting and when they find writing like their own, they instinctively admire it sensing a kindred spirit.

Some people write in a font which is larger than others; some carefully cross their t’s and dot every ‘i’ while others neglect to do either. Despite being taught a certain type of script in school, everyone’s hand is still different just as their personality is. This is because we concentrate on what we are writing more so than how we are writing it.

Graphology (handwriting analysis) is the study of character, personality and mental functioning through handwriting. Handwriting serves as a diagnostic tool here. It measures patterns of emotional response, conscious behaviour and cognitive functioning as determined by the brain that finds expression in the handwriting and can be analysed and understood.

Handwriting reflects both the psychological and the physiological state of the individual, and provides valuable assessment in psychological diagnosis. Thus, it is a systematic study of human nature that is mostly based on common sense; without requisite knowledge, a keen eye can extract some personality features of an individual by just looking at his/her handwriting.

Men such as Jung, Freud, and numerous other scientists were convinced of its value and studied it in depth. Though they paid little attention to individual letters, they concentrated upon the whole of a person’s handwriting – where the writing was located on the page, how fluid or jagged the lines were, and how legible it was.

These factors were considered of much greater importance to them than individual letters. However, since then enough has been accomplished in this direction. Because graphological analysis deals with human character, the system is built in such a way that the whole human character, as well as the body intervals in the script, are covered by dividing letters into three parts: the upper, middle and lower zones.

The upper zone indicates the head/intellectual capacity, with the neck and shoulders, hence representing the future. The middle zone describes the upper spine, chest and the thinking patterns in daily life and therefore represents the present. The lower zone emphasises on legs and feet, the subconscious mind and consequently the past.

Furthermore, any irregularity in the human body will reveal itself in the corresponding zones. Illness or disease is shown in the handwriting by frequent changes in the script corresponding to the area of the body affected. These marks appear because, subconsciously, the writer wants to indicate that there is a problem and may later explain where exactly it lies. Typical signs of illness or injuries are dots (hesitation marks), skips (interruptions), and changes of direction (indentations). Dots that seem to have no purpose are resting places for the writer, who momentarily feels too weak to continue writing.

In developing the graphological system all terms and indications were accumulated under two classifications – the general and special features of handwriting.

The general features of handwriting include the rudimentary or basic principles of writing, which alone are not competent enough for analysis.

Capitals, figures, punctuation, and signatures are contributing factors, having significance only when associated with a written specimen. Signatures are not always reliable material for analysis, apart from the text.

In discussing what graphology can interpret, it also seems obligatory to emphasise what it cannot reveal. Because graphology is based on psychology and physiology, it cannot be extended to foretelling the future nor is it a way of telling the writer’s fortune, but it can point to the way one is progressing.

In simple words, graphology cannot reveal what the writer actually does as an occupation or profession, but what they should be doing.

Disclaimer:  The field of graphology in health has not yet been scientifically established and validated, and signs of illness are generally gross. This work is still in the arena of empirical observation and the research is ongoing.

A graduate from International Islamic University. Graphology is his passion and is in touch with the International School of Handwriting Analysis (ISHA). He tweets @UsmanKazmi