Meera versus Imran Khan? Of course, I’ll vote for Meera! 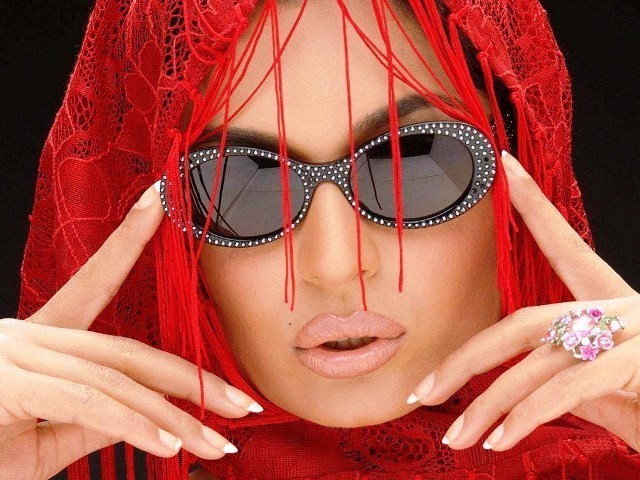 Meera could use her skills of acting, the power of denial and persistence to stay firm on a statement like no one else. All of this could come in handy in diplomatic affairs.

Whilst the former government was busy choosing a person from the photo album of multiple 85-year-old potential caretakers (most of whom require a personal caretaker in their normal lives), the only thing that was killing me was to figure who I must vote for.

Amidst that anguish, came the news that immediately lightened up the mood; interior design graduate from Kinnaird College named Irtiza Rubab is going to be contesting against Imran Khan in the next general elections.

For those who don’t know, I’m talking about Meera jee!

It was a bit of a laugh since there is absolutely no match between the two. I mean come on, one is an internationally acclaimed superstar, a philanthropist and a heartthrob who stole millions of hearts and the other one is Imran Khan.

I think Imran Khan should step back or consider another seat if he doesn’t want to see his 17-year-long struggle flushed down the drain.

Meera definitely has my vote for reasons mentioned below and after reading this piece, she’ll have a couple more, I’m sure.

Following are the reasons why Meera has a higher weightage against Imran Khan.

Names have a very strong psychological effect. Now I’m a believer of numbers and letters and the science between them. Looking at some historical examples, you will see that strong personalities usually possess strong names; these names define their charisma and appeal.

How many Benazirs did you know before Benazir Bhutto?

Most of us never heard of the name ‘Musharraf’ before Pervez Musharraf. How many Churchills or Hitlers were there in history?

This is why you had never heard the name Obama before President Obama came along. If I were to tell you that a guy named Abdul Rashid Salim dated Aishwariya Rai and Katrina Kaif, your mind would conjure up a weird image of an ordinary person and you would probably find it hard to believe. Well, that happens to be Salman Khan’s real name!

See, now you have a different image in your head. Imran Khan is a very common name, although the “Khan” attempts to give more weightage there but try and Google it, you’d get more results for “Matru Ki Bijli ka Mandola” than the guy in question.

‘Meera Jee’, however, has its own uniqueness that speaks of a strong character and I foresee this name as a beacon of exemplary leadership in future.

There is no “I” in the word team unless Apple decides to launch a product called iTeam; until then we’re good.

A team is very essential, as politics is no one-man-show. Okay, may be it is in this democratic dilemma we live in, but if you wish to bring a change, you need a perfect team to start off. Imran doesn’t have it, sadly. His team comprises a dentist, an owner of a chain of schools, a former CEO of a multinational, and a bunch of opportunists who had pledged their allegiance to the same “crooks” who Imran likes to keep targeting.

It is highly unlikely that these people will ever make to our good books.

A CEO of a multinational company?

Please, everyone knows that they are the ones who devise and execute plans to steal resources of the nation and sell it worldwide reaping profits, paying peanuts to the worker; they’re a perfect example of ‘corporatocracy’. I am not willing to trade my vote for this.

Meera, however, has a trustworthy and talented team of “national heroes” who mean serious business. They can use Moammar Rana’s acting sequels as a torture method for interrogation ensuring quick results in counter-terrorism. Saima, on the other hand, can come in handy in the search for untapped mineral resources. Mustafa Qureshi can be made in-charge of security and immigration at the airport keeping an eye on the goras, mostly first time visitors who he could stare straight into their face and ask,

(Are you new here, dearie?)

That will really send the message across that there is no room for monkey business and if they were on espionage, they should think twice before proceeding.

Imran does not represent the masses. He represents the elitists who have had everything they’ve ever wanted for generations; went to posh schools, had an aristocratic lifestyle and married royalty. He represents the one per cent and will only work to run their agenda.

Meera, on the other hand, truly represents the 99 per cent – you know, since 99 per cent of us can’t form a grammatically correct sentence.

Imran’s 90-day plans sound far from reality. It sounds more like a Tele-brand product where Jim and John (who happen to speak perfect Hindi), cut a leather shoe in half with a pair of scissors – fancy to look at, but unrealistic to carry out.

Besides, she hasn’t really laid out a plan as to how she plans to rule the country, which perfectly fits a quote by Rumi that says,

“Live where you fear to live. Destroy your reputation. Be notorious.”

In short, YOLO (You Only Live Once)!

History is very important and relevant especially when you’re competing to run the office. You must show that you have a lot of experience and gained a lot of skill from your previous portfolio. Imran cannot possibly use his cricketing experience. The only thing he could be using is the autocratic method to run the country, the way he used to back in the day with the team.

Meera, however, could use her skills of acting, the power of denial and persistence to stay firm on a statement like none other. All of this could come in handy in diplomatic affairs.

She could charm Michelle Obama complimenting her on her “outfoot” before going for a bathroom break, pass out when thrown harsh questions at from the press, and swear upon anything to prove the country’s innocence – especially when facing allegations of overseas terrorism attacks.

Who wouldn’t buy it if she swears upon her family, huh?

PS: Before the Pakistan Tehreek-e-Insaf (PTI) anti-bullying cyber jihadi force wage a war on me, here are some pictures of me.

Here’s me pulling an all-nighter at PTI’s anti-drone sit-in in Karachi, May 2011.

And here’s me at a PTI fundraiser in Karachi.