GI Joe 2: On censorship and movies based on children’s toys 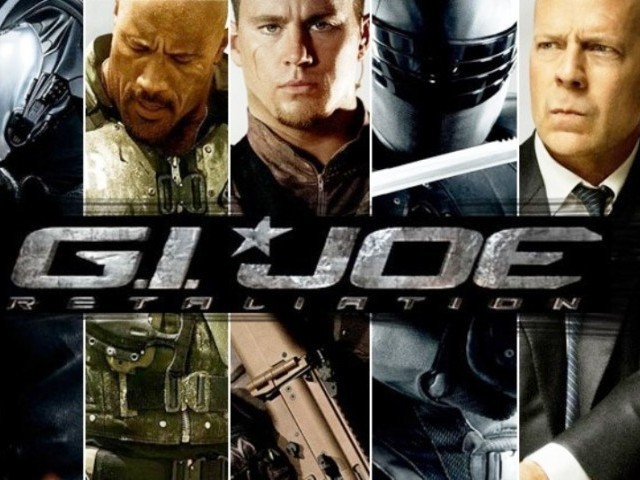 The truth hurts. Even if it is only a fictionalised portrayal of it. PHOTO: FILE

The upcoming movie has been banned by the Pakistani censor board for its ‘fictional’ portrayal of Pakistan as a failed state and the also fictional theft of Pakistani nuclear weapons by Cobra.

Max Weber wrote that a state must be able to uphold “the claim to the monopoly of the legitimate use of physical force in the enforcement of its order” to be successful. Conversely, one that cannot do so would be regarded as a failed state.

Let’s test that hypothesis. We can start from FATA and work our way down.

The truth hurts. Even if it is only a fictionalised portrayal of it.

Fortunately, our still-flourishing video piracy industry and the good ol’ internet will ensure that the movie is seen by all who wanted to, and many others who just want to see what the fuss is all about.

Apart from the YouTube ban and irregular Facebook bans, the last few years have seen the websites for the American magazine Rolling Stone and the Canadian newspaper Toronto Sun blocked over ‘objectionable content’, apart from the short-lived ban on BBC’s television news service and a host of others.

In some of the cases, government spokespersons actually came out to say that the news organisation in question had fudged the facts or lied outright.

So why was the legal option not exercised?

If there was even one iota of truth to the reasons given by the state, there would also be grounds to sue for defamation, especially in Britain.

Oddly enough, before the blanket ban on YouTube, individual links were being blocked, some of which contained only news reports. Maybe it’s because some of those reports were critical of Pakistan’s top politicians, and others made reference to underhand deals on issues that are publicly denied, such as drone strikes.

Our leaders would willingly sell us lies because they are in the ‘national interest’ — the same national interests that ‘allegedly’ require the state to turn a blind eye to terrorism and corruption.

If you went to school in the 80’s or 90’s, it is highly likely that you thought there was nothing in Pakistan prior to Muhammad bin Qasim’s arrival. Never mind that the territorial borders of today’s Pakistan played host to some of history’s greatest stories. No, those would go against the ‘Islamic culture’ narrative, which is nothing more than a flawed attempt to separate Pakistan from its cultural heritage as part of the Indian subcontinent. Never mind that the practices of all religion-based cultures, Abrahamic or otherwise, have been heavily-influenced by the existing local culture of the region.

Even the media exercises self-censorship to avoid the wrath of the establishment, fascist political parties and key advertisers.

Media freedom is only an illusion, and freedom of thought a distant dream.

What this has bred, is a generation full of people that believe lies, because those lies were sold to them as universal truths. The dying culture of reading, coupled with the creation of a culture where dogma rather than logic drives opinion-making, have only served to compound this.

Under the guise of censorship, essential information that could help individuals to better serve Pakistan is being blocked, because those same information portals also contain information that (usually accurately) discredits our esteemed leaders. They may claim that the offensive content is generated to discredit Pakistan, but we should know better.

Just look at our ‘real’ political history. Our elected governments have shown they are more than capable of doing so on their own.

Yes, we should know better, but unfortunately we don’t. And if this keeps up, we won’t know anything at all.