Pervez Musharraf deserves a second chance, our economy needs him! 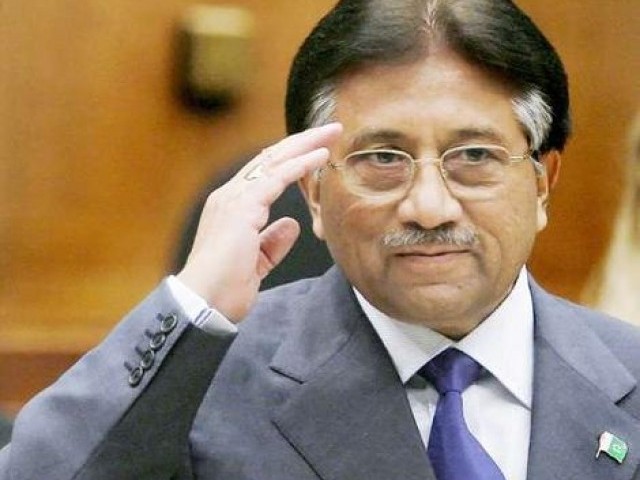 He took major steps to empower the Pakistani women in our Local and National Assemblies. PHOTO: REUTERS

Over the last five years, one question that has remained of integral significance amongst political contentions has been; was former military chief Pervez Musharraf better than this current ‘battered but not shattered’ democracy?

You can easily find a group of people who believe that his ‘martially-democratic’ epoch from 1999 to 2008 was better than the current democracy we have.

There is no doubt about it; his policies were a huge turn on for economic developments and they deserve extolment. But on the way, Mr Commando made some huge mistakes which instigated a drastic series of social and political turmoil.

Even if I try to use sasti (insubstantial) Pakistani political arguments, I cannot refute the fact that during the Commando’s era, economic conditions were much, much better. The economy, in general, was doing great; there were more jobs and businesses were recording higher profits.

“I remember the Musharraf period was great in terms of business and political peace; we were hiring extensively as compared to now. Actually, not only us, the software industry, were hiring, but job-seeking graduates were more comfortable at that time about getting jobs as compared to now. That’s my observation”, Salim Ghauri, chairman and CEO at NetSol Technologies told me in a brief conversation.

According to the reports by the International Monetary Fund (IMF), Pakistan was the third fastest growing economy after China and India during that era.

In 2002, the Karachi Stock Exchange (KSE) was declared the “Best Performing Stock Market of the World for the year 2002”.

Our industrial sector registered 26.5% growth on average. Manufacturing and construction sectors recorded a 30 year and 17 year high, respectively. The highest increase in tax collection of around Rs1trillion was injected in government revenues.

Amazingly, Pakistan railway was making profits. Other indicators include a drastic decrease in poverty. CNG fuel, information technology and especially the telecommunication sectors registered massive growths, and the dollar was just at Rs60.

Musharraf even played a significant role in transforming the infrastructure of this country. Four dams (Subakzai, Gomalzam, Khurram and Tangi) were constructed during his period.

He initiated the plans to work on seven motorways in different areas of Pakistan; some were completed during his period and others remained under construction. Advanced Gawadar port, Kachi Canal Project, Lyari Expressway and a 650km long coastal highway are also among the many achievements of Musharraf’s period.

Pervez Musharraf can also be hailed as the liberator of the media; being a dictator, he was the only one who seemed confident enough of himself and his countrymen to have given Pakistani’s the freedom of speech as well. He took major steps to empower the Pakistani women in our local and national assemblies and his aggressive education policy contributed to major positive riffles in Pakistan’s education system; our literacy rate improved by 11% during his period.

Nine well equipped engineering universities and 18 public universities, all over Pakistan irrespective of ethnic orientations, were made during his time. Several technical colleges and institutions also spurted during his reign.

Pakistan’s launched its first satellite, Paksat-1, in his time – Musharraf made it happen. His remarkable words cannot be forgotten:

“Pakistan’s space programme is now ahead of India after the formal launching of Paksat-1 and this is due to the hard work of our scientists, and I am sure Indians would take another 30 months to do the job.”

It was during his time that after years, the issue of Jammu and Kashmir was on the front table for talks.

In spite of all these accomplishments that he brought to our economy, unfortunately he simultaneously took some bad decisions, too, that wiped out all the credit that we owe him. Some people still blame him for the current political and social turmoil.

Is it more likely that though Pervez Musharraf did well for the economy in his tenure he simultaneously created some negative externalities too?

A group of analysts even believe that his policies were short-termed and they mystify the general public of the long term impact of his wrong doings.

Issues of Aafia Siddiqui, Akbar Bugti and the National Reconciliation Order (NRO), opening of borders for American troops, the Lal Masjid operation and the lawyers’ movements are some of the weak points of Pervez Musharraf’s tenure.

Can I say that he planted a ‘time bomb of social and political upheaval’ and that bomb exploded right after his tenure?

Finally after a self-imposed exile of four and a half years, Pervez Musharraf is back with great vigour in spite of the death threats from the Taliban and even the threat of a possible arrest. Carrying the new slogan “Save Pakistan” but the same old clichéd agenda “Sub say pehlay Pakistan” (Pakistan first), he made it clear to his supporters at the airport that he had been a soldier and had taken oath to defend the country at any price.

He even criticised the people who suspected that he will never return home. He further said that it pained him to see the lawlessness, poverty, and unrest in the country. In his address, he especially mentioned that Karachi is a city for all – for Sindhis, Pathans, Balochis, Bengalis, Punjabis and Muhajirs – and the people of Karachi should now stop fighting over petty issues.

His supporters from all over Pakistan managed to reach the airport to welcome him, but their enthusiasm was dimmer than the verve of their leader, Pervez Musharraf. There were, it appeared, more police personnel than his supporters at the airport.

Recently, Musharraf denied almost all the allegations against him; he said that he is proud of the Kargil operation and denied handing Dr Aafia Siddiqui to the United States, calling whoever did so a traitor.

Musharraf has even successfully obtained bail from court to avoid arrest. On Friday, the court approved his application to extend his interim bail for up to 21 days on Friday. Upon his arrival at the Sindh High Court, Musharraf was welcomed by a multitude of protesting lawyers chanting slogans against him. One even tried to throw a shoe at him. Whether such misdemeanour suits these ‘sophisticated’ lawyers is another issue for consideration.

Currently our judicial system is much stronger under the tutelage of Chief Justice Iftikhar Muhammad Chaudhry than before.

I believe competing in the elections on the basis of fair grounds and equal chances would not be a problem for Pervez Musharraf; however, victory surely seems like an issue for him and his party, All Pakistan Muslim League (APML).

If given one more chance, will Musharraf be able to do great once more for our economy as a democratic leader, or was he just good enough in his Commando jacket?

Will Musharraf be in a position to pursue his economic plans with the same ease and consensus in a democratic government as he was able to do in his previous tenure?

Is our democratic system just too corrupt or “cursed” to boost economic growth, or does democracy have too many constraints in the case of Pakistan to do something substantial for our economy?

In my opinion, Musharraf had an admirable economic road map to transform our economy and resolve the particular issues of poverty and education. I think that he still possess some of that charm.

I must admit, though, it is tough to put faith in him once again. But Pervez Musharraf has his own virtues and vices like any other politician. Besides, Pakistanis have a long history of bringing back our impeached leaders.

I think we should give Commando one more chance, but now as a pure economic-democrat, not an economic-commando.

A Financial Analyst by day and aspiring Social Worker and Researcher by night. He holds a degree in Economics from Lahore University of Management Sciences. Currently, he is working with an NGO, RETO Foundation, to make opportunities more visible through education for children in Rural Sindh.

Should Musharraf's prediction of a proxy war be taken seriously?