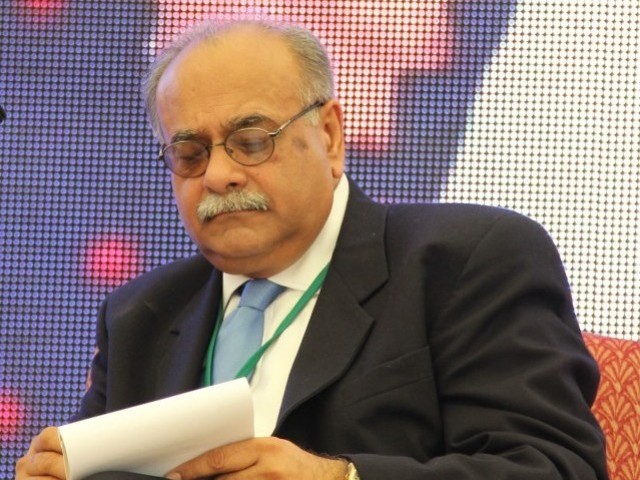 He is an unbiased person who has time and time again proven his integrity as a journalist and a political analyst. PHOTO: ATHER KHAN/EXPRESS/FILE

Much has been said on social and traditional media over Najam Sethi’s appointment as caretaker Chief Minister of Punjab.

A number of people have welcomed his appointment while quite a few thought it was a bad idea – a journalist being appointed to a position of power would put a question mark on their integrity.

I, for one, believe that Najam Sethi’s appointment as the caretaker chief minister Punjab is a great idea!

He is a largely unbiased person who has time and time again proven his integrity as a journalist and a political analyst. He is on good terms with all political parties due to his honest and blunt analysis of where Pakistan stands.

Sethi is a patriot who has stood his ground and has been imprisoned for doing his duty as a journalist multiple times. What’s encouraging is the fact that the same party that sent him to prison in the 90s is the one who finally put their weight behind him to get him the top job in Punjab.

In essence, his appointment also highlights how far our democracy has come i.e. the same political parties who saw journalists as foes in the past are now willing to put the responsibility of fair and free elections in the hands of the same journalists.

This is the sort of political maturity our country needs.

As the caretaker CM of Punjab, Mr Sethi’s reign will be an interesting one, especially given the way he has analysed the government of Punjab on practically a daily basis for the last few years. It will be quite fascinating to see how he will manage things he often advises to the politicians now that he has the power.

How Sethi deals with the bureaucracy and law enforcement agencies will be crucial to observe, given that it is often the politicians who get bashed when things go wrong instead of the bureaucracy who have a large stake in the running of the government.

Most importantly, I would like to see for once how a genuine liberal runs a government, even if it is just for seven weeks.

Liberals across Pakistan tend to bash the government especially the one in Punjab due to multiple reasons, so now that one of the most respected liberals in this country is at the helm of things in the province, this will be sort of a test case of how a liberal would govern and address liberal concerns.

I feel that this will also be a learning experience not just for Mr Sethi but for the journalist community at large in Pakistan as to how difficult governance is in comparison to simply critiquing it or reporting on it.

Now that a seasoned journalist like Sethi is in charge, his governance in comparison to that of a politician would highlight the issues that are inherent in the system and those that can actually be fixed.

We should welcome this appointment as it puts a man of integrity in a position to ensure free and fair elections in Punjab. A man who knows and understands this system better than most and who has genuinely shown a desire to help improve things, because we need people like that.

This is the first time we have had a democratic transition from one government to another, so welcome Sethi sahib as our ‘Aapas Ka CM’.