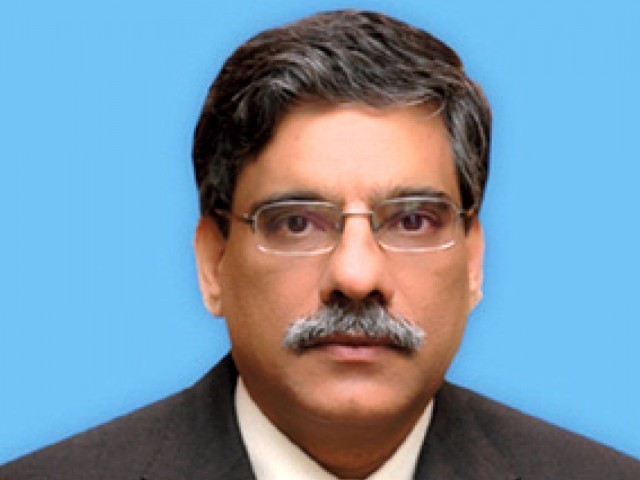 Shahbaz’s transfer and a few others were cancelled almost immediately after the court took notice, and justice seems to have been served. PHOTO: FILE

The last day in office for the Raja Pervez Ashraf government brought an ‘unexpected’ amount of excitement for anyone who follows the bureaucracy.

Over two dozen posts — mostly senior level — changed hands, with a few of the changes raising a hue and cry and eventually attracting the attention of the Supreme Court.

One of those was a transfer order for Tahir Shahbaz, who was only appointed CDA chairman late last year. Shahbaz was ostensibly brought in to clean up the agency after years of inept management and outright corruption had reduced the formerly cash-rich agency into a poverty-stricken mess.

Fortunately for Islamabad, Shahbaz’s transfer and a few others were cancelled almost immediately after the court took notice, and justice seems to have been served.

It only takes a moment to break something that took years to build. With that in mind, Shahbaz was on the right track. A host of illegal moves undertaken by his subordinates were investigated, with some being corrected and others in the process of being addressed. Unlike his immediate predecessor, CDA-related court hearings did not feature Shahbaz walking into courts and earning the ire of judges. He made no attempts to cover up anything, and his conduct in court was dignified, which in some instances saw the courts take a more lenient approach in allowing him to fix the agency, rather than issuing orders that would undermine his powers.

Shahbaz began stepping on many toes that needed a good stamp. Unfortunately, he stepped on all of the deserving toes at the same time. The cancellation of illegal plot allotments to bureaucrats could not have made him many friends. Then he began closing down businesses for zoning violations, before moving on to bulldozing the houses (I repeat, houses, not farms) of some high-and-mighty ‘farmers’ in the many agrofarm schemes on the city’s outskirts.

By the way, at least one bulldozing effort was temporarily thwarted when the homeowner’s staff opened fire at CDA officials. While the bulldozing was later completed, the police, allegedly on orders from the top, were reluctant to lodge an FIR.

But it wasn’t until he stepped on Rental’s toes that the real trouble began. Making full use of his meteoric rise from an unknown to the top of the heap, Rental had apparently been trying to get plots allotted to some loyal bureaucrats in violation of CDA rules.

However, Shahbaz was not as forthcoming as the PM would have liked. Then news emerged that Shahbaz was looking into a plot payment default case against a company owned by Rental, with the intention of forwarding it for further investigation and prosecution once the interim government was in place. If guilty, Rental would be disqualified from contesting the upcoming elections, and unlike his convicted predecessor, Rental would also face jail time.

In Rental’s defence, last-minute postings and transfers are not an aberration from the norm. Many countries including the US regularly see hectic last-day activity to reward loyalists with choice postings and even pardons for various crimes. Some of them may catch court attention, but much more often than not, they are approved.

However, the aberration in Rental’s orders, especially regarding the CDA chairman, was that a man appointed by him, who was doing everything he was appointed to, was prematurely transferred for doing a good job.

Whoever comes into power, it would seem that Shahbaz’s days in the CDA are numbered. Honesty and hard work continue to be detrimental to the success of bureaucrats, with some of the most important posts including technical ones being awarded on the basis of who, rather than what, you know.

He will be replaced by someone loyal to whichever party takes power next, most likely someone willing to hand out cut-rate plots to ‘deserving’ officers. Due to seniority, he will still probably get a reasonably good, though less influential post.

But what will the citizens of Islamabad get?