Elections 2013: Make it your decision, vote! 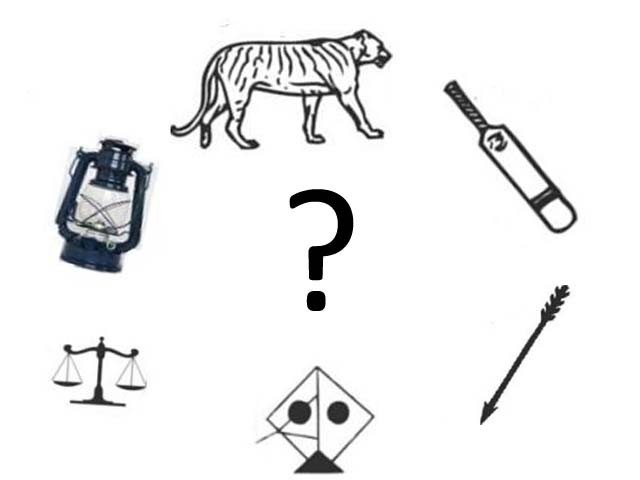 Come election year, political parties bring out the big guns to strengthen their political campaigns and make their case for the right to the electoral mandate.

The Pakistan Peoples Party (PPP) has offered higher minimum wages in an effort to appeal to the masses, or perhaps, cloud voter decisions with promises of money

The Muttahida Quami Movement (MQM) has resigned from the Sindh government because evidently it takes five years to realise that an alliance is dysfunctional.

The prospect of political power sparks a fever of patriotism and renewed political will that only subsides once results have been announced post-election day.

While pre-election campaigning is traditionally marked by such political stunts and even more aggressive efforts to defame opposing political parties, the landscape of political campaigning in Pakistan seems to have altered in a more positive direction.

We see the spectrum of voter decision making the criterion move from rhetoric and marketing ploys to real issues – as with the Pakistan Tehreek-e-Insaf (PTI) introducing sector-specific policies and nurturing transparency in the political process through intra-party elections. The party has also introduced political fundraising as part of its campaign strategy.

So, what are the implications of these introductions?

For starters, they allow the common citizen a chance to become an active participant of the political sphere, where family funding and affluent origins are not the only criteria for political candidacy, and electoral tickets are awarded through an open and transparent process.

More importantly, the effects of these changes ripple across rival political parties. We have political dynasties like PML-N also promising greater scrutiny regarding the transparency of their political candidates. Parties are increasingly forced to answer questions about their social and economic policies, thus facilitating and influencing voter education on policy comparison, and by extension, the quality of voter decisions.

What is missing is an organised non-partisan effort on the part of the people towards voter mobilisation and turnout.

The other side of political campaigning stems from a spirit of democracy that reverberates at the voter end. These are efforts that are either targeted at specific segments (youth, women, minorities) or cities and constituencies — efforts that edge forward political participation for the purpose of enforcing political rights instead of fulfilling a tainted political agenda — efforts that carry the purpose of empowering citizens to make informed choices, understand the relevance of voting for their future lives, and aim to remove barriers resulting from inadequate knowledge of the voting process.

Pre-election campaigning in established democracies does not merely echo top down political messaging, it involves community organising and voter mobilisation efforts such as registration drives, and even election day efforts to get-out-the-vote, some of which are as simple as knocking on doors or ringing bells to encourage people to go and vote, or driving friends to their polling stations.

Of course these features of political campaigning take decades, even centuries to fully establish.

In countries like the United States, the process is still not perfect despite three hundred years of evolution, and voter turnout is an issue of concern even with rigorous academic research and relevant funding from both partisan and non-partisan organisations.

It may take equally long for it to establish in Pakistan, adapting and evolving according to the unique societal structure of the country. However, we must recognise that in order for the democratic process to flourish and develop, organised citizen driven political mobilisation is crucial.

Politics is a dirty word to some in Pakistan, and a matter of survival or modus operandi for others, but the advocacy of political participation is pivotal to the future prosperity of all citizens.

“One of the penalties of refusing to participate in politics is that you end up being governed by your inferiors.”

That’s a penalty we are all too familiar with.

Every vote, every effort, every sliver of passion, will bring us closer to a brighter future.

Fatima is a graduate student at the University of Southern California, and is passionate about using Communication Management as a medium for solutions to social issues. She tweets as @zahra7891 twitter.com/zahra7891

Talks with the Taliban and sleeping with the enemy

It’s about more than just a 'fake' degree

School,college,marriage,kids - is there more to being a woman?

With every Hazara you kill, you are killing a piece of me too