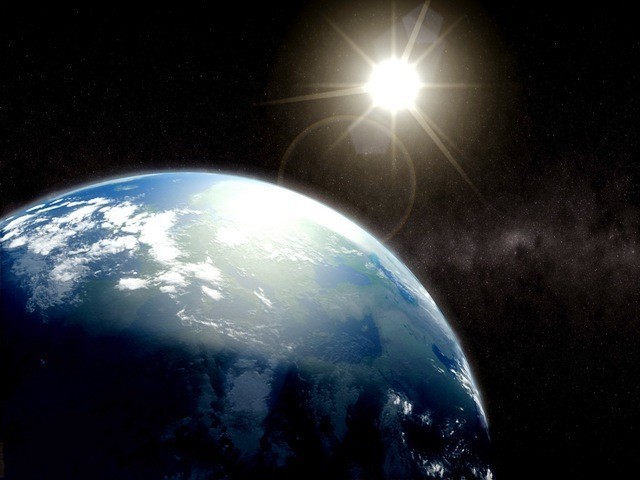 SUPARCO has to take on a more active role and its vision of 2040 should really be the vision of 2020. PHOTO: FILE

In 1961, Dr Abdus Salam and late Pakistan Air Force (PAF) commodore WJM Turowicz were busy laying down the foundations of Pakistan’s space agency called Space and Upper Atmosphere Research Corporation (SUPARCO). Little did they know that 52 years later, the nation’s space agency would be lagging woefully behind times, renting foreign built satellites or else hitchhiking on foreign country’s rockets to launch indigenously built satellites (in a manner of speaking) into space.

The beginning of SUPARCO reflected the dreams and goals of its founders and the scientists involved. Frequent rocket tests, collaborations with the National Aeronautics and Space Administration (NASA) regarding training of Pakistani rocket scientists and engineers, and with keen government interest in the field, one might have had guessed that within a decade or two we would be sending our own satellites into space using indigenously built rockets.

Sadly, the dreams of its founders were too good to be true.

Our ‘Islamic republic’ shunned Dr Salam and hence, collaborations with NASA stopped. The government lost interest and ever since that time SUPARCO seems to exist just because it has to, without any entrepreneurial zeal, devoid of innovation, lacking a clear-cut direction.

Also, in its Space Program 2040 – approved by ex-prime minister Syed Yousuf Raza Gilani – it plans on producing and launching its own satellites by the year 2040.

But is that it?

The services that SUPARCO provides are a staple in any standard space agency – there is nothing special about this. When right now, our neighbouring countries are sending probes to mars and beyond, achieving the ability to develop and launching satellites by 2040 is just not enough!

Without scientific advancement, a nation cannot hope to succeed. We have to realise that a well functioning space programme is crucial to the development of a nation. It should not be a side note in our national policies but it deserves our government’s critical attention.

Investing in space programmes not only advances our knowledge of the cosmos, but it also produces spinoff technologies that enormously contribute to the growth of an economy. From enriched baby food to solar panels used in homes, there have been many commercial spinoffs from the technologies that were originally intended to be used in space but ended up being used by the public.

Where would the IT industry have been if it were not for the computing advances made during Apollo missions is anybody’s guess. According to former NASA scientist, Scott Hubbard, for every dollar invested in NASA projects $7-8 worth of goods is produced in the industry!

Hence, dear readers, investing in space programmes creates thousands of jobs — jobs that are certainly not limited to engineering only but spill over to diverse fields, ranging from textile to psychiatry.

That is why SUPARCO now has to take on a more active role and its vision of 2040 should really be the vision of 2020.

It has to work on increasing coordination with schools, colleges and universities so that a crop of future engineers and scientists are motivated, and their skills honed. The government must pay more attention to SUPARCO regarding its developmental projects.

The shambles in which European and USA economies are in right now means that the stage for the next space race would be set in Asia, aided and abetted by Western companies who have the expertise but lack funding support from their respective governments. Indeed China and India are making significant progress in space exploration; the former is planning to send manned missions to the moon while the latter is sending a space probe to Mars by November.

The development of an ambitious space programme would not only benefit Pakistan in the military field, but will also create an air of innovation and ideas that will cross-pollinate many separate scientific and business disciplines.

Nevertheless, we face the daunting task of tackling our domestic terrorism and political issues in parallel to the development of a proper space programme and that requires not only a visionary leadership but also an army of entrepreneurs who are ready to propel us into the future. But, these entrepreneurs will only come about if the government and SUPARCO take steps in promoting space sciences to the general public, as Antoine St Exupery once said,

“If you want to build a ship, don’t drum up people to collect wood and don’t assign them tasks and work, but rather teach them to long for the endless immensity of the sea”.

This is not the time to lag behind. The next space race is ‘on’ in Asia and we have to be a part of it, otherwise we will be left far behind, even farther than we are right now.