What happened to being just ‘Pakistani’? 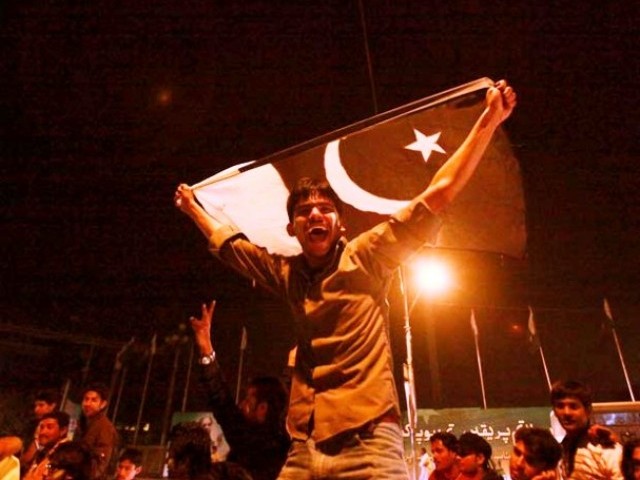 The day Pakistanis unite and truly sacrifice for Pakistan, only then will they have Quaid's Pakistan. PHOTO: REUTERS

Today, my country, Pakistan is more divided than the subcontinent was in the 1960s amongst Hindus and Muslims.

Today, people call themselves Balochis, Punjabis, Pashtuns and Sindhis instead of just Pakistanis; they put their provincial ethnicity before their nationality.

People consider people from other provinces – who speak different languages -as their enemies; they forget that they all belong to the same country!

Pakistanis blame the government for all their problems, but they refuse to consider their own wrong doings.

They litter and then they complain about how dirty the city is. They bribe the police officers and then complain about the police force being corrupt. They carry guns and then create a hue and cry over how everyone carries a weapon and how the law and order conditions here are bad.

People like to blame other people who speak different languages for their own problems. For example, Punjabis blame Sindhis for the shortage of water.

People also like to stereotype people. For instance, if one Sindhi is not a good person, they would consider the entire Sindhi population as ‘bad.’

If one Pathan is an extremist about religion, then people would consider the entire Pathan population to be the same.

If one Baloch is a gun enthusiast and enjoys shooting, then the entire Baloch population must  be the same.

People are hypocrites; they call themselves patriotic “Pakistanis” and in the same breath they call Sindhis thieves, Punjabis selfish, Balochis dangerous and the Pashtuns stupid and extremist.

At 15 years of age, If I am able to see the stupidity of these statements, why can’t others?

In Pakistan there are around 105 political parties contesting for the elections; this goes to show just how divided Pakistan is and how people only think about themselves and not the country.

Who they will vote for in the elections depends mostly on whether they are Punjabi, Sindhi, Balochi or Pashtun, and whether it will be any good for their province.

They think that if they are Punjabi then they should also vote for a Punjabi because he/she will provide them (Punjabis) with employment and food.

Similarly, Sindhis, Pashtuns and Balochis will vote for their ‘own kind’ too.

The good of the country as a whole is not considered.

Keeping in mind this type of thinking, our country’s politicians have also adopted a way that just placates the people of one particular province that they belong to, even if it means sacrificing the rights of other Pakistani citizens.

Today Pakistan is in such a state that people have lost their faith. They try their best to run away from these problems rather than facing them.

Over 50% of our population didn’t vote in the previous elections. It shows you just how much we as a nation care for our country.

The day Pakistanis unite and truly sacrifice themselves for the sake of Pakistan, only then will they have Quaid’s Pakistan.

We need to get rid of these politicians who only promote their provinces and get ourselves a leader who cares for the whole country.

‘Pakistan needs a leader, not a politician!’

A 15-year-old student living in Karachi, Zaid is a patriot and who wishes to live Quaid's Pakistan someday. He tweets as @Zaid919