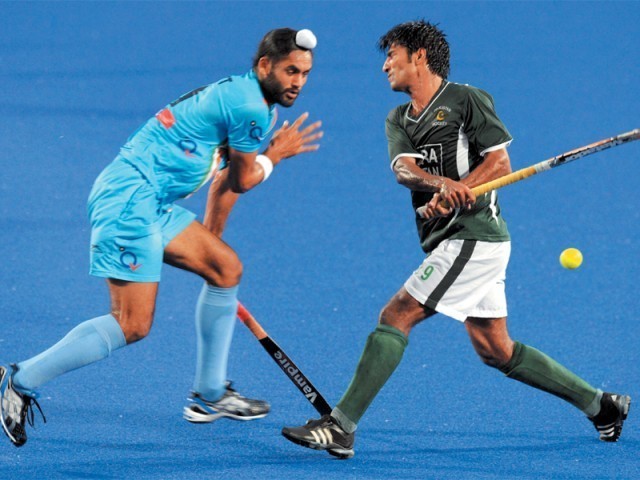 Pakistan managed a wooden spoon for their efforts at the tournament for the second time in a row. PHOTO: AFP

The Azlan Shah Hockey Tournament campaign for Pakistan began with a narrow win against New Zealand in the opening encounter and it all went downhill from then onward.

Pakistan lost twice to India and was taken to the cleaners by Australia in a heavy 6-0 defeat. Having said as much, they still managed to salvage some pride as matches against Malaysia and South Korea ended in a draw.

Overall, Pakistan managed a wooden spoon for their efforts at the tournament for the second time in a row. Pakistan conceded 20 goals in the tournament and scored a mere 11 goals – thanks to the efforts of the veteran captain Mohammad Imran who scored five of these goals.

All hockey enthusiasts in Pakistan could sense the return of the good old days of Pakistan hockey.

Unfortunately, the Azlan Shah Tournament gave them a cruel reality check. It was the first assignment of the new year for the green shirts.

All the teams in the tournaments had brought in new faces with an eye on the junior world cup in December and to develop the senior team for the major world assignments in the coming years.

Still, in my view Pakistan and Malaysia had the most experienced teams on display. A last place finish in the tournament is far below expectations.

The perennial flaws in the defence and forward lines were again on display in the tournament. Hence, it is futile to waste column inches on the same old tragic tale.

The most alarming thing was the lack of energy and defensive mindset from the team throughout the tournament.

This was highlighted in the massive defeat handed out by a young and relatively inexperienced Australian team. The Pakistani team was on a damage control mission from the beginning of the match, so I feel they were happy to just concede half a dozen goals in the end rather than a full dozen.

It is pertinent to add that this was the only tennis like score in the whole tournament in favour of Australia so this proved that positive intent from the green shirts could have reduced the level of humiliation.

Qualification for the senior World Cup in Hague is up for grabs in the World League Tournament later this year.

I fear for the worst if the performance does not change drastically.

The cancellation of the bilateral series against India means that the green shirts will not have any meaningful practice before the world league round II tournament in the summer (June or July, depending on the final schedule).

(Also, off-field activities are going to make an impact as a shuffle in the top management of PHF is looming.)

The incumbent PPP government has completed its tenure so the political backing of the Qasim Zia-Asif Bajwa duo has faded away which has enabled them to withstand fierce opposition; the occasional good on-field performance has also helped them.

On the positive side, Shakeel Abbasi should be back for the World League Tournament.

His flair and incisive attacks on the opposition were really missed in Ipoh. He might inject the energy and spirit required to take Pakistan to Hague. Fingers crossed folks!