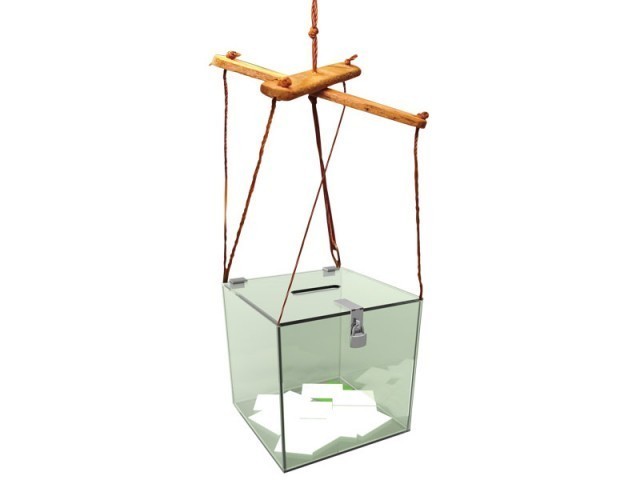 I fear that if this continues, free, fair and transparent elections will be unlikely. PHOTO: FILE

Of all the words and phrases bandied about in the election season, I find “pre-poll rigging” and “other forms of electoral fraud” the most intriguing.

Perhaps it is because I don’t entirely understand what it means. You see there are too many nuances there that I am not aware of.

To be honest, pre-poll rigging seems simple enough, at least if entries in most dictionaries are considered. We discover that the term is used routinely in countries where democracy is present, or, for that matter, absent. It is often on the lips of the common man (who is by no means astute) especially round the time that an electorate prepares to vote in a fresh set of public representatives.

I have been coming across the word pre-poll rigging in headlines in all newspapers and news bulletins.

The word is being used widely but is seemingly not being addressed by the competent forum. The Election Commission of Pakistan is constitutionally responsible to hold free, fair and transparent elections. It ought to define the meanings of this weighty term in order to uphold this task.

The PPP in the federal government has raised salaries of government servants. Recruitments are being made and heavy favours are being awarded to the masses as their days in power come to an end. Groundbreaking ceremonies and inaugurations of various development projects are being done. The political figures are touring various parts of the country to attract voters.

Public money is being invested to purchase votes.

Many political pundits and common citizens are declaring these exercises as pre-poll fraud.

Unfortunately, the Election Commission seems to be in a deep slumber as rulers are exhausting the public kitty before saying their final goodbyes to their respective offices.

Is this not a pre-poll crime?

I fear that if this continues, free, fair and transparent elections will be unlikely.