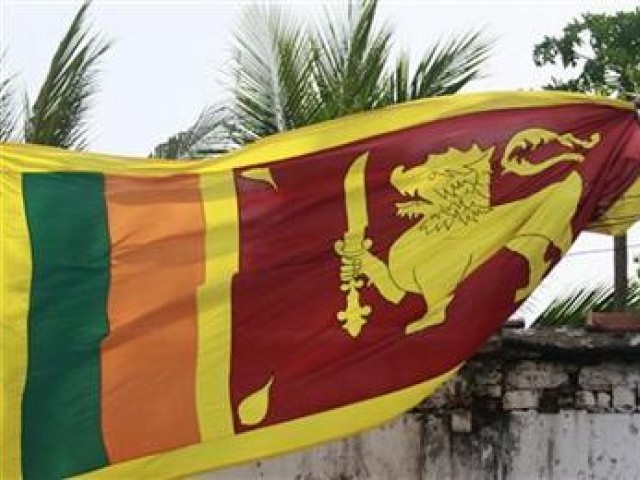 In a nutshell, at present, Sri Lanka is making progress by leaps and bounds after a decade-long war. PHOTO: REUTERS

After fighting an uphill battle against the Tamil Tigers, Sri Lankans are now keeping their focus on education and economy. This is what I observed in Sri Lanka last month.

I met several lawmakers, who strongly believe that Colombo is trying its utmost to promote business relations other South Asian countries, particularly with India and Pakistan.

A senior member of parliament, Professor Rajiva Wijesinha, who represents the treasury benches, remarked that New Delhi and Colombo have not only improved their diplomatic relations but also expanded their trade volume recently.

His views were promptly endorsed by an opposition member of parliament, Ajith Perero. Both lawmakers believe in promoting relations with all South Asian countries. Wijesinha stressed upon the role of SAARC in the region, observing that it should play a vibrant role in the South Asian region.

During my stay in Colombo, I also met Sri Lankan former chief of army staff, General Weerasooriya. He was of the view that the South Asian region needs to establish a police unit under the umbrella of South Asia Association for Regional Cooperation so that peace can be promoted in volatile regions.

After a four-decade-long war against the Tamils, Sri Lankans have improved their education system by almost achieving a 100 percent literacy rate. They are also willing to share their experiences with other South Asian countries when it comes to war against terrorism or fighting against health diseases.

I also visited various historical places where Sri Lankans have preserved their tradition and culture. Walking along the Ananda Coomaraswamy Mawatha Road, I also found myself in front of the National Museum of Sri Lanka, perhaps, the most beautiful place in Colombo. I also visited the University of Colombo, where I met several professors who spoken on issues related to regional peace in South Asia.

The people of Sri Lanka are also very thankful to Pakistan because they say that Islamabad helped them a lot while fighting against terrorism in the Jaffna province, years ago.

In a nutshell, at present, Sri Lanka is making progress by leaps and bounds after a decade-long war.

This is what I observed in Colombo last month and wish for my own country as well.