Where was the tear gas when Joseph Colony burned? 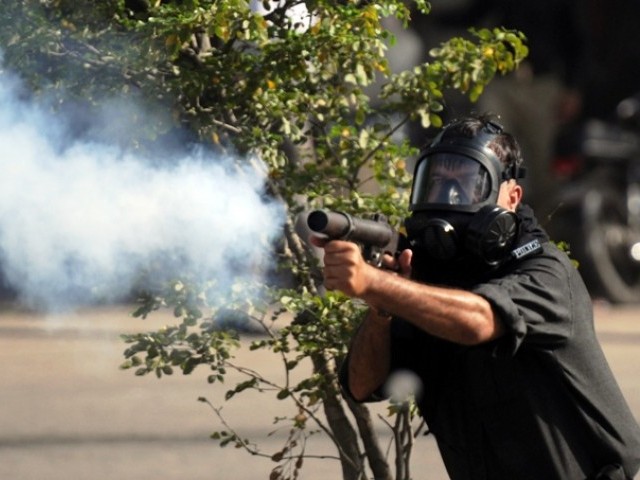 I am sitting at the news desk silently taking in all the news reports of protests across Pakistan over the mob burning of more than 150 houses of Christians in Joseph Colony over alleged blasphemy.

To see such police efficiency when faced by an enraged crowd is…ironic isn’t it?

Where was this efficiency when the mob attacked the Christian colony on Saturday?

Curse the media all you want, but the hours-long footage and photographs of the Joseph Town attack are an iron-clad record of the inaction of those who are meant to protect us, and the impunity with which men (I saw no women) terrorised a neighbourhood in broad daylight without even bothering to hide their faces.

Keep in mind, the powers that be were well aware that trouble was brewing because a 3,000 strong mob had already visited Joseph Colony on Friday – the day before the massive destruction of property.

That episode began at 1pm and concluded in the evening, at which point, as reported, the police finally reached the spot. This is after the father of the man accused of blasphemy was badly beaten, his house was burnt down and the vehicle of a pastor was damaged.

What did the police do at this stage?

Did they arrest those involved in beating up an innocent old man?

Did they tear gas the mob who burnt property down?

Did they arrest those who burnt the pastor’s car?

Did they arrest the local cleric who said that if the mob finds the accused, they must cut him into pieces?

No. You know what they did?

The police placated the mob by registering an FIR under section 295-C of the Pakistan Penal Code (death sentence) against the accused.

The Christian families in the area were also reportedly shifted out of their homes by the police that same night for ‘safety’.

I think the facts speak for themselves here. I really do not think there is any need to point fingers and ascribe blame for why this incident happened, how it could have been prevented – and wasn’t. All of that was reported and aired two days straight. The guilty – in uniform or otherwise – are in plain sight, some of them waving and smiling.

I guess the only thing I can ask now is: will the honourable Chief Justice take suo motu notice?