I am a victim of the infamous Black Prado: Here is my story 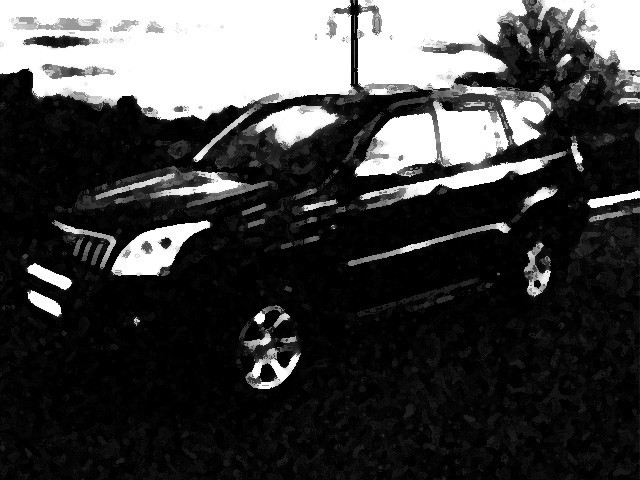 A black jeep stopped right in front of us while the other car parked behind us. We were trapped.

They followed me. They stopped my car.

Is this the Prado incident everyone is talking about?

It was past midnight on a cold November night in 2012. I was returning home when my car crossed main Ittehad and went straight into Phase VIII, some 20 meters away from the first newly placed barrier. It was then that a policeman stopped our car, flashing his torch incessantly at the driver’s window. Being a woman, I did not expect to be stopped and I thought the minute the cop realised that I was in the car, he would gesture for us to go ahead.

Strangely, this did not happen.

I thought that ritual checking was taking place and blamed my car’s tinted windows for the police stopping us.

My driver lowered his window slightly and told the cop that there was a ‘lady’ in the car and we were on our way home. The cop bent down to peer in to the back where I was sitting and said:

(So what if there is a woman in the car? Times are hard in Karachi; park your car. It needs to be searched for weapons)

Meanwhile the other cop picked up the barrier – the same one that was installed as a measure of protection – and placed it in front of our car at an angle which would not allow the car to go through. My driver repeated that we were going home and there was no weapon in the car.

I understand that ritual checking must take it course, but I was alarmed by the request to step out of the car. I didn’t think this was necessary.

Immediately, observing our hesitance to adhere to his command, the cop signaled his colleague to remove the barrier but their reluctance to do so was clearly visible.

Tired, unsuspecting and eager to get home, I told the driver to drive on.

As we stood before the second set of barriers waiting for the two cars to go through so we could do the same, the first car behind the barrier turned their headlights on full-beam, refusing to budge. There was some chatter going on between the DHA security personnel, the cops who had stopped us and the owner of the said car. This continued for another ten seconds. The cars were moving at a snail’s pace and the headlights kept increasing in their intensity.

I don’t know if it was my sixth sense, but I had a feeling that trouble was on its way; I was scared by their odd behaviour.

I told my driver to turn into the lane on the right and drive as fast as he could.

I didn’t look back until I heard loud sirens behind us. I barely had time to turn around to look at what was happening when a big black Prado quickly drove past us on the footpath and stopped right in front of us. The other car parked right behind us.

Immediately after this, the same cop who stopped us at the first barrier, got out of the car in the front and told my driver to get out because he was sure there were weapons on us. My driver gestured that he would not leave the car. In the meantime, around 8-10 armed guards including the DHA security guard got out of the car behind us and starting tapping on our windows, telling us to get out of the car.

IS this any way to handle a situation whereby a girl is alone in the car so late at night?

You can understand my alarm as I told my driver to make sure all the doors were locked and the windows shut. Meanwhile I made some frantic calls.

Although most roads in this area have street lights, this one however was dimly lit and the situation at hand evoked emotions of sheer helplessness. The cops and DHA guards were all involved; where did this leave people who needed to be protected?

There was obvious panic as the tapping on the windows increased and I could hear the guards saying that we had to get out to introduce ourselves to their ‘sahib’. The front door of the car in front of us opened with who I guessed to be their ‘sahib’. He neared our car and knocked at my window.

I put down the window very slightly. He asked us to get out to talk or at least to tell him where we lived so he could help us to get home “safely”.

I find myself questioning again; is asking where I live necessary in running a check?

The DHA guard came near the car, speaking softly and asking us to co-operate and warning us that this situation was capable of turning into a big mess.

I could not believe that security personal could harass a woman like so, that too so late at night.

It kept puzzling me as to why they wanted me to step out of the car. This, certainly, appeared unorthodox to me, so I remained adamant.

It became obvious that we weren’t getting out of the car and after a good five minutes, they drove off with the same speed that they had followed us with.

The driver sped the car back home as every part of my body quivered with fear. I don’t think I have ever felt this vulnerable and scared in my life.

How could security officials be so crass with a woman?

I can’t be sure about what their intentions were; were they really conducting security checks or was I rightfully scared?

Whatever it may, officials need to learn how do conduct checks in a way that doesn’t alarm women. There should be a system whereby they are assured of their security and not frightened out of their wits like I was.

The incident left me shaken and I have, since then, refused to travel without a male member of my family with me.

A lawyer who works for a multinational as an In-House Counsel.