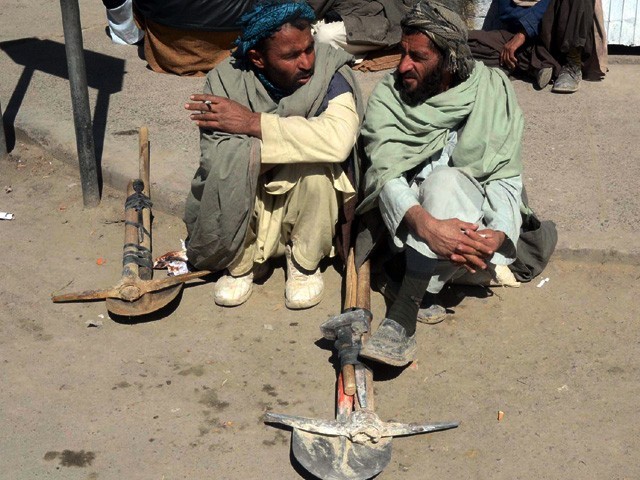 It is not the government’s job to be involved everywhere; they need to just be enablers. PHOTO: PPI

‘Pakistan is in economic dire straits!’

I hear this statement all the time.

All sorts of conversations, political and otherwise, agree that the economic condition of Pakistan has become worse, but here we are still surviving and still managing.

So, how messed up is our economy exactly?

Read below to find out!

Our budget deficit – that is the difference between what we have and what we spend – stands at 8.5%, when it should be close to about 4%.

Simply put, we are spending way more than we are earning and because of this, we end up borrowing. When the government borrows money, it is taking away money that could have been used by businesses to invest and expand their industries.

In simple words, people do not want to invest in our country anymore because we do not have the economic stability or the political stability to provide them with an investment-friendly climate.

This hits home harder, given that our local businesses are already having difficulties expanding due to the instability in the country.

3. GDP growth rate has been stagnant at around 3% for the last five years

We have about three million people entering the job market per year, but based on Planning Commission estimates, we are creating only 700,000 jobs a year for them.

So our economy is struggling, our government spends more money than it earns and it borrows the rest. That leaves less money to be borrowed by businesses, which could have used that money to expand their businesses. This means business is unable to produce new jobs, all the while about three million people enter the job market every year.

Simply put, we are training people for jobs that do not exist, in an economy where businesses are not expanding.

Unemployment is rising and will keep rising till our economy starts growing at about 7% per annum, and even then it is going to be an uphill task.

Our external debt stands at around $66 billion out of which $20 billion were accumulated in just the last five years.

While in 60 years of existence our total public debt stood at Rs4.8 trillion, Rs8 trillion have been added to that debt in the last five years. Our current public debt is Rs12.8 trillion.

In effect, we borrowed twice the amount of our total public debt in the last five years alone and now we owe money not just to foreign institutions but to local ones as well. And to pay back these loans, because our government is not collecting enough taxes, they are printing money. Because they print more money each month, the value of rupee keeps falling as a result the US dollar which was about Rs60 in 2007 stands at about Rs100 right now.

So, this is the state our economy is in right now.

It is crucial to understand the magnitude of our problems and realise that empty slogans and theoretical plans are not going to fix it. We need three things and even then it will take us years to stabilise our economy from the quagmire it’s currently in.

As a start we need;

The tax base needs to expand so that the government has more money coming in. This would reduce our budget deficit.

While we seem obsessed with the idea of a welfare state, the only issue is that our state is broke. We need to go on a serious austerity drive and stop the national joke where by the PM gets to throw away Rs30 billion on his constituency alone – that too just three weeks before elections. Stuff like this needs to go.

Government to become an enabler

The government’s job is to enable private businesses to grow and help create an environment where people launch new business and foreign investment flows in.

It is not the government’s job to be involved everywhere; they need to just be enablers.