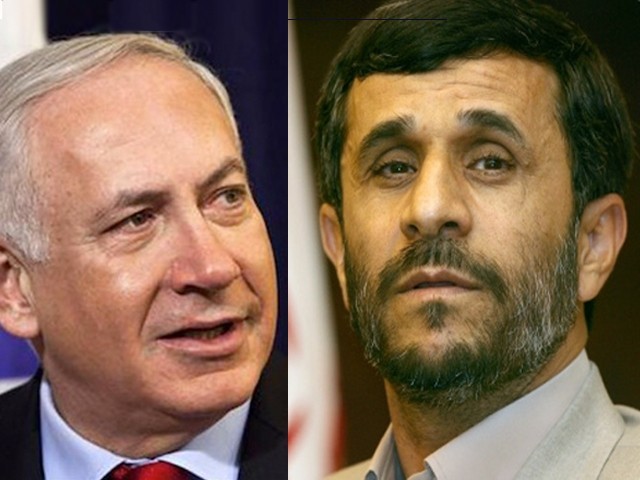 Iran is enriching Uranium only to make reactor fuel and medical isotopes, and international law allows them to do so. PHOTO: REUTERS

War drums are beating for Iran and once again, the drummer is Israel, joined by some occidental powers. The facade started last summer but was postponed due to the elections in the US and Israel.

The burning question though remains ‘is war between Israel and Iran looming’?

In an attempt to answer this question, we must look at a few different perspectives.

Israel and Western points of view

Israel sees Iran’s nuclear program as an existential threat that must be stopped by all means, including a military strike. Israeli Prime Minister Benjamin Netanyahu is convinced that Iran will be able to produce a nuclear bomb by summer 2013.

He has also set a spring 2013 deadline for other options that include an attack on Iran. Prime Minister Netanyahu said that he was ready to order a strike on Iran if international sanctions did not stop its nuclear programme.

“I am, of course, ready to press the button if necessary,” he added.

Pentagon’s former chief, Leon Panetta who recently described Iran as a ‘rogue state’ said the US will use all options including military force to stop Iran. Timing matters here, as the US President Barack Obama will be visiting Israel in two weeks time.

The US Secretary of State, John Kerry believes that Iran with nuclear weapons is “simply unacceptable” and warned,

“As we have repeatedly made clear, the window for a diplomatic solution simply cannot remain open forever.”

Iran is enriching Uranium only to make reactor fuel and medical isotopes, and international law allows them to do so. Tehran has also assured many times that their nuclear program is peaceful.

Moreover, Iran is already under various rounds of international sanctions over its nuclear programme and insists that its atomic work is peaceful and the West must ‘pull away the gun from the face of the Iranian nation.’

“We do not need an atomic bomb. The Iranian nation is wise. It won’t build two atomic bombs while you have 20,000 warheads.”

However, Tehran also warned that if Israel begins the war then it will spell their destruction and that will be the end of the story.

Many experts believe that an Iranian nuclear arsenal could motivate Saudi Arabia and other countries in the region to develop a nuclear program.

The counter argument of that statement is that when North Korea went nuclear, South Korea and Japan didn’t follow.

One more argument is that a nuclear Iran will lead to escalation of animosity with Israel.

However, India and Pakistan went to war three times in 30 years before they had nuclear capability, and have not done so again in the 40 years since going nuclear.

However, Wikileaks’ revelations have shown that Gulf States including Saudi Arabia have urged the US to attack Iran.

Saudi King Abdullah bin Abdul Aziz urged US General David Petraeus and Ryan Crocker, US ambassador to Iraq, in 2008 to take military action against Tehran’s nuclear programme and urged them to “cut off the head of the snake”.

“May God prevent us from falling victim to their evil,” said Saudi King Abdullah.

The world has seen that Russia and China vetoed three times Libyan-style military action in Syria even if it was backed by Arab countries.

So, the UN agrees that an attack on Iran looks improbable because two veto powers (Russia and China) have close relations with Iran. Russia and China are on board as they are traditionally more lenient towards Tehran, with China a major buyer of Iranian oil and Russia having close commercial ties with Iran.

Nevertheless, Israel and the US don’t give any weight to the UN as they have already violated it many times. For example, Israel’s air strikes on Palestine and the US drone attacks.

Political theorist Noam Chomsky insists that it would be difficult for the US to attack Iran as it has a strong military. He believes that the US is not going to attack Iran. They don’t want to attack any country unless it’s completely defenceless.

Newly appointed US Defence Secretary Chuck Hagel believes in a dialogue with Iran. US politicians showed their reservation on his appointment and feared that Mr Hagel would be too lax on Iran as he was also against the war in Iraq.

Contrarily, Prime Minister Netanyahu constantly stresses that what he sees is a potential existential threat from Iran. So, the possibility of an attack by Israel is wide open.

He said he would never allow Israelis to “live in the shadow of annihilation”.

So what will happen next? Only time will tell.

It's Israel who is the real super power, not the US