In memory of Malik Mumtaz Khan 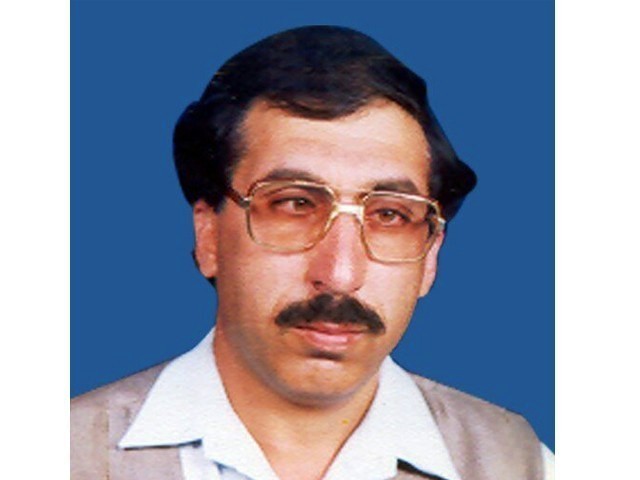 Unfortunately for soft-spoken Malik, a mere workshop could not protect him in an area deemed one of the most dangerous for journalists. PHOTO: GEO NEWS

I met Malik Mumtaz Khan, a tribal journalist from North Waziristan back in 2011 in Bannu. At the time, I was conducting a safety and security training for tribal journalists, arranged by the Intermedia, Pakistan.

Malik came across as very cooperative and friendly, though not very talkative. He kept rather quiet during most of the workshop, except when it was necessary to say something. Like many things in life, Malik landed at my training session by chance – he tagged along with a few other journalists.

Hence, it struck a particular chord, when on Wednesday blaring headlines announced 48-year-old Malik Mumtaz’s death by unidentified assailants near Miranshah. His body was pumped with bullets, and the senior journalist succumbed to his injuries shortly after.

My mind immediately raced back to that safety workshop.

During the course of the training, Malik was all praise for safety workshops. He found it a good initiative to equip tribal journalists, given the volatile situation they are work in.

Unfortunately for soft-spoken Malik, a mere workshop could not protect him in an area deemed one of the most dangerous for journalists.

Journalists working the Federally Administrative Tribal Areas (Fata) have been facing multifaceted threats since the onset of the global war on terror.

Pressure from security agencies and district administrations, threats from militant groups and expectations from tribal leaders makes the job of reporting all the more difficult. Striking a balance between unbiased reporting and self-preservation on a daily basis creates a lot of stress.

To give meaning to this statement, note that of the 250 journalists from all the seven agencies and six frontier regions, one third have already moved to other areas or quit journalism.

A large number of journalists in Fata are working for multiple organisations – most work as correspondents, freelancers and stringers. Sadly, not all have the luxury of being employed under a formal contract.

According to the data gathered from the Tribal Union of Journalists, an active body working for the rights of journalists, only half the media personnel in Fata have signed contracts with their respective news organisations.

Not signing a formal contract with news organisations not only leaves journalists open to exploitation but also denies them the recognition that they rightfully deserve.

Without a legal document – which clearly outlines the job description and details monetary compensation for work done – a significant percentage of journalists are not being paid at all.

The former president of the Tribal Union of Journalists, Safdar Dawar, said half of the journalists working in Fata do so without permanent salaries, yet they are senior professionals.

A majority of tribal journalists received threats from militants. Let me repeat that, they work despite militants threatening them with the loss of life.

Malik Mumtaz was the fifth Pakistani journalist killed in 2013.  He was part of the Jang group.

Pakistan is the most dangerous country in South Asia for journalists according to a report by South Asia Media Monitor 2012 – at least 25 journalists lost their lives in the region.

Where is the justice?

A reporter for the Express Tribune Peshawar desk whose areas of focus include the academic and non-profit sectors. Asad.zia (AT) tribune.com.pk