Why won’t you give Hazaras asylum, Australia? 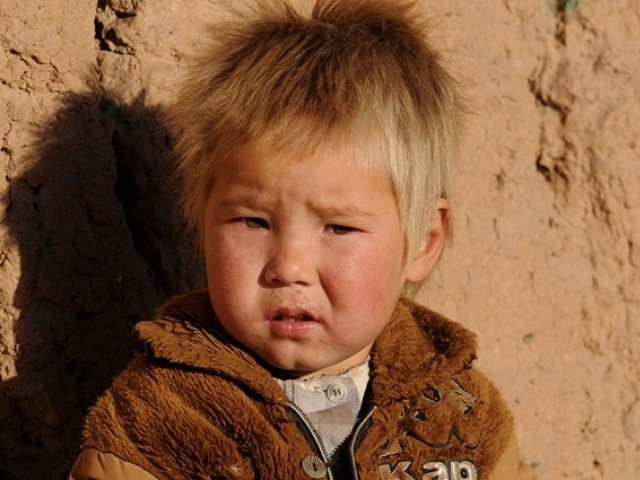 The Pakistani government should take real, effective and forceful measures to clamp down on extremist elements. PHOTO: AFP

On February 16, 2013, when a 1000kg explosive laden water tanker exploded in the midst of a crowded market in Hazara Town, Quetta, it not only destroyed lives and property but it also destroyed Muhammad Ali Jinnah’s vision of a tolerant Pakistan.

In the mulch of torn pieces of women, children, tradesmen, charred vehicles and rubble, lay dead the ideology of Pakistan.

Let it be plainly said that Pakistan is not safe for Hazaras anymore as the state has clearly failed to provide security to this community, let there be no argument on this.

So what to do?

Resist and be massacred by LeJ militants that up to this day are only handed petty punishments, that are gigantically incongruous to the enormity of their crimes?

The only way for the Hazara community to escape this hell is to seek asylum in different countries.

Recently a story came up, that Australia has offered to give asylum to 2500 Hazara families. The Australian High Commission in Pakistan eventually rejected the story in a press release. However, the fact remains that Australia has certainly seen a rising number of Hazaras seeking asylum.

However, the trouble for Hazaras is not over in Pakistan and Afghanistan. It also follows them to the shores of Australia.

The story starts with Tony Abbot the Australian Opposition Leader who claimed that the boat people arriving in Australia were acting in an unchristian manner.

“I don’t think it’s a very Christian thing to come in by the back door rather than the front door,” he said talking about people who were coming in by boats to Australia.

“…..if you jump the queue, if you take yourself and your family on a leaky boat, that’s doing the wrong thing, not the right thing, and we shouldn’t encourage it.”

Unfortunately many (not all and certainly not the majority) in Australia share this belief. It is important to tell them that why asylum seekers, many of them being Hazara fleeing from Afghanistan and Pakistan, are risking theirs and their family members lives by coming in “leaky boats”.

Here is the reason:

“It is better to die at sea trying to get here than to be killed in Afghanistan or Pakistan,” said a Hazara, living in Melbourne, while giving an interview to the New York Times.

The Julia Gillard led Australian government has reopened offshore processing centres for refugees in Nauru and Papua New Guinea Islands, where the asylum seekers’ boats will be diverted to and the refugees will be herded into camps like criminals where they will be kept under high security in dismal conditions.

The whole premise of the Australian government, it so seems, is to stop people putting their lives in danger by travelling in boats and sailing across capricious seas to seek asylum.

On the face of this looks like a well-intentioned effort until of course some disturbing details are revealed.

A Globe and Mail investigation found out that the Australian government is actively working with Pakistani intelligence authorities to stop Hazaras migrating into Australia, according to its report citing Pakistani officials; both the governments are involved in racial profiling of Hazaras so that the immigration process is stemmed right at the point of origin.

It must also realise that among the scores killed in the deadly January bombings in Quetta, there were many who were waiting for their asylum visas to be processed in a -to use the words of Australian Immigration Minister Chris Bowen- “orderly refugee programme”!

Thus, being a signatory to The Refugee Convention Australian government’s actions are in conflict with the convention’s articles. It is high time for Australia to realise its legal and moral obligations.

Also, (although it would be fruitless to ask) the Pakistani government should take real, effective and forceful measures to clamp down on extremist elements.

Its, high time our national ‘Ghairat’ woke up.