My teacher, Professor Syed Ali Haider, was buried by his 85-year-old father 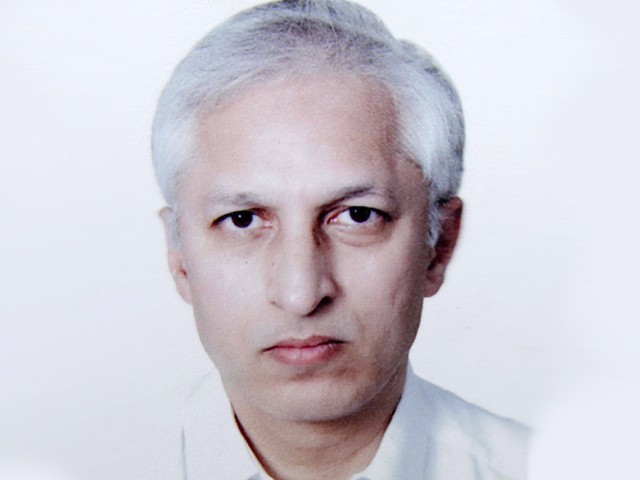 With him, his young son - aged just 12 - suffered bullets to the head and died on the way to the hospital.

It was back in January 2011 when I had my Ophthalmology viva on the third floor of King Edward Medical University (KEMU) Ophthalmology Department.

While I was preparing my case, I saw a well dressed, smiling, bright-eyed person walking into the ward. The announcement was made, “get ready for your cases,” and we all scrambled to try and pull things together.

He looked around the hall and started in the lane next to me.

Like any student would, I kept making note of the questions he was asking and thinking about what he would ask me. I wondered if this professor would be a tough grader or if he would repeat some questions which he had already asked. Just then, he suddenly asked the hall a question:

“Listen boys, this boy can’t tell me the difference between an incomplete and complete cataract; is there anyone here who can?”

“Yes Sir, I can,” I heard myself scream at the top of my lungs.

He just smiled at my outburst and said:

I did, he smiled again, and immediately I felt at ease.

During the whole examination he conducted in front of my eyes, he appeared to be calm, friendly and professional.

Unfortunately, that was my first and last meeting with Professor Syed Ali Haider.

I remembered him fondly later when I happened to be the best Ophthalmology student in class.

But life goes on and everything was fine till yesterday morning when I was shocked by the tragic news that this inspiring and gallant doctor was murdered at FC college underpass.

With him, his young son – aged just 12 – suffered bullets to the head and died on the way to the hospital.

Do you know who buried the father and son?

I feel bad for great Professor Zafar Haider who gave everything to Pakistan and got this terrible fate in return; I feel bad for the six-month-old angel who will never know why her father was killed. But most of all, I feel bad for those who are being murdered on the basis of their faith.

Thousands of patients and students will now await the birth of a Vitreo-retinal surgeon of Professor Syed Ali Haider’s caliber to help them live and to help students to become better doctors.

What is most frightening is that today, I remember Professor Shabeeul Hassan, master of the subject of Urdu. He underwent the same fate, but now no one remembers him except his family and maybe some people who have been his privileged pupils.

The moral here is that people care for a day, max two, and then they go on with their lives. No one is interested in stopping this madness – least of all our leaders.

Now, let’s just wait and see who is next.

Having completed his MBBS from King Edward Medical University, Salman is waiting to join his house job at Mayo Hospital