My experience at the not-so-swift NADRA offices 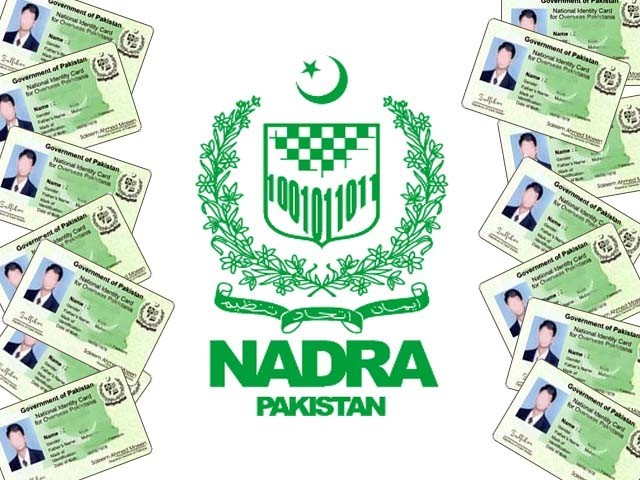 My determined father took many laps of the labyrinth of offices but failed to find anybody who would help him.

“What’s so special about this special Computerised National Identity Card (CNIC)?” I asked.

“It will give you small privileges over the rest of the people.”

“You won’t have to wait in any long lines, for instance, and all of your work will be done on fast track.”

Having visited a National Database and Registration Authority (NADRA) office once before, I had learned not to trust any claim of this agency. But this was not any Nadra office — it was a camp organised by an NGO at a local university in Karachi for the registration of the disabled.

Although it was a nice settlement in one of the lawns of the university, it had the rush you would find in any NADRA office, and sitting on a wheelchair I was observing the activity in my surroundings with my father at my side.

My father went to take the token number – a number which, when called, would mean it’s our turn to go ahead for the rest of the procedure. However, that call never came. Repulsed, my father asked a volunteer what to do, who led us to the next step which was filling a form for the disability certificate.

After I had filled and submitted the form with all the necessary documents attached to it, it was time for us to go and receive my handwritten (that is, with 100 percent chances of error) disability certificate.

The “learned” man – probably a graded officer – behind the desk asked my father the details of my disability and handed me the certificate a few minutes after. It was when I was going for the photographs that I ran an eye over my disability certificate and found that the man had indeed, as anticipated, made an error.

If any handwritten certificate-maker is reading this, then news flash: every person who is physically disabled does not necessarily have to be mentally challenged also. Keep this in mind when you write a certificate next time.

After having that mistake corrected, I moved on for the rest of the usual process: the snaps, fingerprints, signatures, and so on. When the procedure was complete, it was time to submit the documents along with my original CNIC (which was to be cancelled) and a Xerox of my disability certificate. But by the time my turn came, the photocopier had gone, so we had to submit the original copy, which would supposedly be delivered back to me with my new CNIC by post within a week.

However, after a month of waiting my father called the helpline but they said that no such cards were being processed at the time. After waiting another month, my father again called and was informed that my CNIC was at NADRA Malir office and could be picked up from there. My father took a day off from his job and went to Malir office, but found out that the CNICs had been sent to NADRA Awami Markaz, and a certain Kashif sahib was to be approached.

My father then went to Awami Markaz where that Kashif sahib told him the he did not have the CNIC and a Mansur sahib at Nadra Karsaz had it.

My father then went to Nadra Karsaz, and, much to his displeasure, found out that no Mansur worked there. My determined father took many laps of the labyrinth of offices but failed to find anybody who would help him. Finally, wearied, he requested someone behind a computer to check out my ID, who was gracious enough to do so and sent my father to an underground office in the building. It was there at long last, that my father finally got my CNIC. But when my father asked about my disability certificate, the answer he got was enough to understand that my disability certificate would not come to me, ever.

Despite the many “policies” of the government for the disabled in the country, their own offices dreadfully fail to uphold these policies.

Anyone who has been to Nadra knows of its deficiencies, and this is just another example. The government would do way better to stabilise the continuously falling graph of professionalism in their agencies and increase the standard of their work rather than utility and petroleum prices and save people’s identity from being destroyed at the hands of Nadra, rather than banning TV channels for destroying our cultural identity.

A student who enjoys music, movies and reading. He blogs about things that, in his view, shouldn't be accepted just as they are. Uzair tweets as @UzairIbrahim_ (twitter.com/UzairIbrahim_)

Here is why I chose Habib University

Women's empowerment and literacy: Have we underestimated the Northern areas?