Does Karachi really need the tallest building in the world? 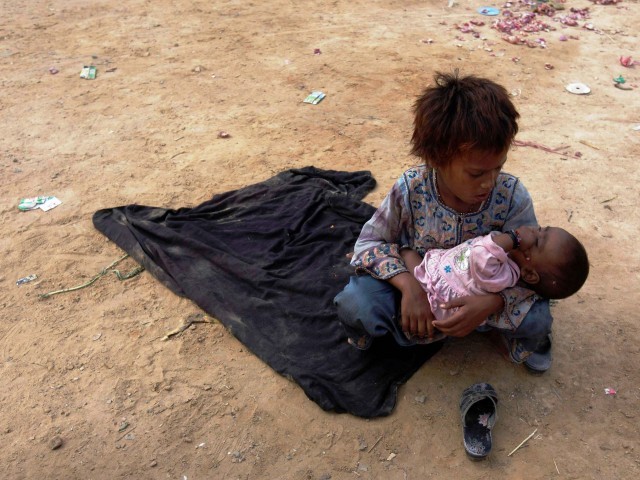 Indeed, every patriotic Pakistani would want to own the tallest building in the world. But do you think we really need it? PHOTO: REUTERS

As you read these lines, many people mourn the death of their loved ones in Karachi.

As you click on the “share” button on Facebook to express your awe on the proposed wonderment that lies ahead, a frustrated son curses the traffic jam he is stuck in as he tries to get home to his sick mother after work.

As you start believing that I am yet another critic who can’t stand seeing any positive change in this country, you tend to forget the wise old saying that all ‘that glitters is not gold’.

The currently tallest building on the planet, the Burj Khalifa, was built in 2010 when Dubai was ranked as the seventh most visited city in the world. The second tallest building, the Makkah Royal Clock Tower Hotel, has been built in a city that is visited by several million pilgrims annually as part of an obligate religious duty. The third tallest building in the world, the Taipei 101, is located in a city that holds one of the largest global foreign exchange reserves and boasts virtually full employment and low inflation.

I could go on with the list but I shall leave it here for the sake of brevity.

The crux of the discussion is that all such buildings symbolise already existing prosperity in their respective cities, instead of initiating the process of development.

As most of us drool upon the prospect of seeing the tallest building of the world on our way to work here in Karachi, we tend to forget some vital chapters of our history.

When the Mughals, at the peak of their power, were busy building lavish architectural miracles like the Taj Mahal, the West invested in the field of science. The effect of these different approaches are being felt a couple of centuries later when the West has left us far behind in terms of development. The effect is felt even more when each year hundreds of our educated youth leave their home country for greener pastures, disheartened by the security situation that worsens each passing day.

Recently, an agreement has been signed with His Highness Sheikh Nahyan bin Mubarak al Nahyan, Chairman Abu Dhabi Group, under which $45 billion will be invested in Pakistan. Of the $45 billion, $35 billion will go into Sindh.

Part of this money will be used to construct a building in Karachi which will be the tallest building of the world.

As uncertainty regarding the fate of this country prevails on each passing day, do you really think that the tallest building in the world is the solution to our problems?

Indeed, every patriotic Pakistani would want to own the tallest building in the world. But do you think we really need it?

Will it not be fairer to invest the billions in the fields of health and education instead?

Will it not be wiser to sort out the power shortages first in order to stabilise the quivering economy?

For all those who believe that it will attract tourists from all over the world and will hence help to strengthen the economy, let me again take you back a few years.

Not too long ago, the city of Karachi boasted of having the third tallest fountain in the world. I honestly don’t know if it still exists or not. And my not being aware of its existence is a strong enough proof of the fact that all the money that went in its construction quite literally drowned in the sea.

Did we see a storm of tourists from all over the world visit the fountain?

Did it help make Karachi a better city to live in?

Did it solve key issues like target killing, power shortages and inflation?

The prospect of the tallest building in Karachi is like an energised Tahirul Qadri speech, promising much and delivering none. It is like distributing free laptops to students without any significant increase in the overall literacy rate.

Supposing that the construction is somehow completed, chances are that it will be named Bilawal Tower, with the owner sitting by the window on the top floor, like a king looking down on his slaves who appear to be like busy ants, working hard to keep the flame on this country’s stove burning; their presence and their problems, looking trivial from that magnificent height. Looking up from below, the masters seem invisible, inapproachable and invincible; much like our lives right now.

As you finish reading this article, another life has been lost due to the lack of resources in a government hospital. Had the patient become critical only a few minutes earlier, he would have gotten the services of the only available ventilator in the hospital. But luck was not on his side today, as he departs into the unknown.

Let us be brutally honest and ask ourselves one last time; do we really need the tallest building in the world?

The end of a drought for an Arsenal fan

A chat with a 21st century Pakistani patriot

Soliloquy of an on-looker