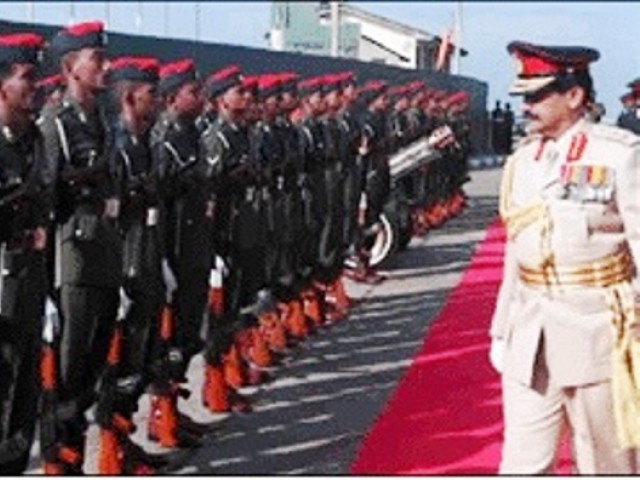 After meeting former chief of army staff of Sri Lanka, General Srilal Weerasooriya, I was curious to know what he thinks of the ongoing Afghan war, as well as the US withdrawal of troops from Afghanistan.

I was also interested in discussing issues related to militancy in Pakistan with General Weerasooriya, who spent months with former president General Pervez Musharraf in the Pakistan Military Academy in Kakul, Abbottabad in the late ’60s. He told me that Pakistan cannot get rid of militancy until it succeeds in stopping neighbouring countries’ involvement in its territory.

General Weerasooriya made it clear that the Pakistani brand of militancy could not be compared to Tamil insurgency in Jaffna, Sri Lanka.

As he continued to reveal information about Musharraf, I was recalling my meeting with Indian Major General Ashok Mehta in 2011, who told me that India and Pakistan could not be good friends till the term ‘revenge’ exists in the minds of the armies of both countries.

General Weerasooriya predicted the region will witness more insecurity as the US troop withdrawal starts from Afghanistan. The same prediction was floated by General Ashok when I met him in New Delhi.

To sum up the point of view of both generals, I figured that both found the existence of Nato forces a constant threat to the South Asian region, and both insisted that the central role of Pakistan should be to find out a durable solution for the decades-long Afghan war.

In General Mehta’s opinion, the role of Russia and Iran was also important in finding this solution.

Retired four-star General Weerasooriya, who also spent days at the National Defence College of India, suggested that the Pakistan military, through various seminars, should promote deradicalisation in society. It’s the only way to cope with the menace of militancy particularly in Balochistan.

However, he was of the view that Sri Lanka can little assist Pakistan in the war against militancy because Pakistan is dealing with a totally different ball game. He did, however, thank the Pakistan military for helping the Sri Lankan Army defeat the Tamil Tigers in a three-decade long war.

Recalling the Kargil infiltration, he also praised Musharraf for his productive role but parrying several questions, he said his government did a good job for Pakistanis.