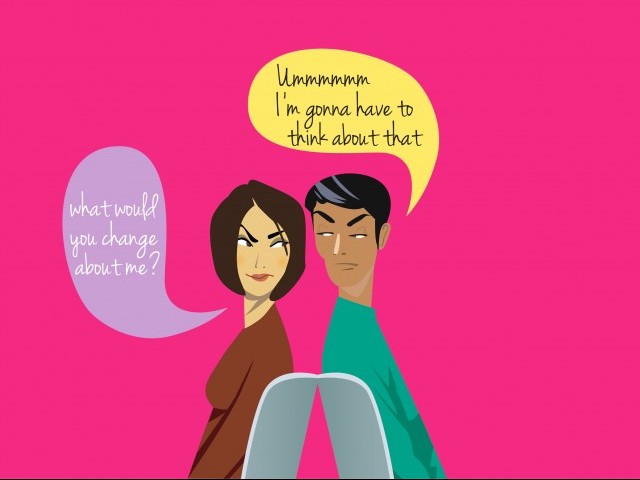 My first lesson of love is to enjoy it while it lasts. DESIGN: MAHA HAIDER

A favourite lyric of mine is by octogenarian soul man  BB King in a ditty called Better Not Look Down.  He describes a beautiful woman walking by

“If the arrows from cupid’s bow, that had  passed through her heart, had been sticking out of her body  she would have looked like a porcupine.”

It may not be Gulzar but I love it.

Most straight thinking people wouldn’t trust a low flying chubby child firing random shots down to earth with a bow and arrow but there’s nothing like tradition to fly in the face of logic.

Cupid (for it is he) is a winged assassin armed with the weapon of love and with a little technical know how the cherub of love could become a fully armed weapon of mass destruction,  the baby child of Rambo,  an angel of death. All hail the chubby drone.

With this in mind it strikes me as imperative that you take on board my first lesson of love is to enjoy it  while it lasts.

Enjoy it  for what it is now not for what it could be in future. But this is were my teachings end because I am the worst, the worst,  at following my own advice.  When it comes to those four letters. – E.V.L.O.  I am positively dyslexic.

She was beautiful. She was tall. Her skin was  smooth and the colour and fragrance of warm caramel. In an intimate moment the woman to whom I was engaged to be married asked,

“If you could change anything about me what would it be?”

I forgot the universal reply of,

“Darling, I wouldn’t change a thing. You are perfect as you are” and considered the question as if it were a gauntlet thrown across the laboratory of love.   Was it a question or a trap?

A month passed and then out of the blue the penny dropped. I had noticed something that needed changing.  It was unnoticeable to most but  it had become noticeable to me.  Not only noticeable, but slightly irritating.  I prepared my conclusion and laid the path.

And I did like that she was tall.   I paused to give the impression of deep thought  “But you do stoop a little.”

“I don’t mind…. That you stoop….. look you’re doing it now….. but I guess as you get older it will start to get more pronounced. I guess it is because you’re tall that you do stoop to listen… and listening is good… but really…….. you don’t have to… and it could become a hump. I’m not saying you’ve got a hump but when you bend your neck down repeatedly over years….”

She returned to America – from whence she came – with my diamond encrusted engagement ring firmly clamped to her finger.  I fully believed she was coming back.

It took some time and some fraught phone calls to realise that she wasn’t.

Getting  married,  it turned out, was the best thing that never happened to us.

“Did you fall in love?” I was asked a few years later.

If Valentine’s is just a reminder of love lost then you’ll spend it armed to the hilt with surface to air missiles to take cupid out in a valentine massacre of your own making.

Love yourself and leave cupid’s arrow alone and you’ll see that the love of others will come at such a pace you’ll be walking round like a porcupine.

An author of five collections of poetry. He is the first poet to write for the Olympics 2012, and is an associate artist at the Southbank Centre. He tweets @lemnsissay