What really happened at Nasdaq? 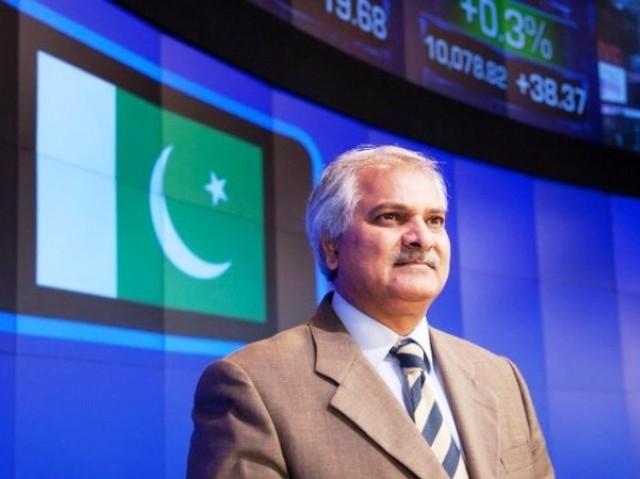 A recent popular story concerning Pakistan’s Consul General in New York, Mr Babar Hashmi, is circulating on news channels, newspapers and internet blogs. According to the story on August 25, 2010, the Nasdaq Stock Market, an American stock exchange, offered the consul general an hour of free-of-charge use of its seven-storey tall MarketSite Tower, a massive video display in Times Square in New York, to broadcast an appeal for Pakistan’s flood victims. Given the high visibility of the display, it was expected that this would garner at least one million dollars in donations. Hashmi, allegedly squandered the opportunity by broadcasting his own images instead. He has been thoroughly vilified for this action. However, an investigation of the issue questions the veracity of this widespread account.

According to an official Nasdaq press release issued on GlobeNewswire on August 24, 2010, the Pakistani Consul General was invited to Nasdaq’s prestigious Closing Bell ceremony that signifies the end of the day’s trading. The whole event was scheduled to last for fifteen minutes, from 3:45pm to 4:00pm.

Hashmi attended the ceremony along with his commercial attaché, Muhammad Aamer. The Closing Bell began with brief introductions by two Nasdaq officials, including Meyer Frucher, the Vice Chairman of Nasdaq OMX, the parent company that owns and operates the Nasdaq Stock Market. Frucher himself spoke about the challenges faced by Pakistan and the country’s relationship with the US. Hashmi followed him to the rostrum and spoke for the allotted time of just over two minutes. He discussed the floods ravaging Pakistan and appealed for assistance, providing information on a donations account in the New York branch of the National Bank of Pakistan and on Pakistan International Airlines’ free relief service.

Images from this appeal, and from a brief photo-session that had immediately followed, continued to be displayed on the Nasdaq Tower following the Closing Bell ceremony. Archival footage of the entire ceremony is freely available on Nasdaq’s website.

The media event at Nasdaq was no more than 15 minutes long. The consul general was invited to only ring the closing bell of the market day on August 25, 2010, as the chief guest. He turned the simple bell ringing event into an opportunity for highlighting the plight of the flood affected people of his country.

According to sources, the Pakistani Consulate was given the opportunity to play a video clip for 30 seconds, not one hour. This position has been reiterated by both the Consulate and the Ministry of Foreign Affairs in its press briefings on September 2 and September 9. Moreover, in response to inquiries, a Nasdaq spokesperson stated via email that:

However, it has not been verified whether a 30-second video clip was in fact played and has only obtained unconfirmed reports that there were last-minute technical difficulties in playing the provided video that could not be rectified in time, including that the video was either not in the requisite format or that it was too long for the 30-second slot. Nasdaq’s spokesperson only stated that,

The Consulate General of Pakistan in New York plans to take the opportunity to broadcast a video message on the Nasdaq MarketSite Tower in the near future, and Nasdaq looks forward to continuing its show of support for the flood relief efforts in Pakistan.

Nasdaq has already made good on its word. On September 3 Nasdaq invited the American arm of the UNHCR to the Closing Bell ceremony. The UNHCR’s appeal for flood relief in Pakistan was also broadcast on the Tower, accompanied by a video featuring Hollywood actress and UNHCR Goodwill Ambassador Angelina Jolie.

Details about this event are widely available, including the aforementioned official Nasdaq sources, and fair coverage of the event that appeared in most newspapers. However, the narrative that has taken hold in the Pakistani media makes little or no mention of Hashmi’s attendance at Nasdaq’s Closing Bell ceremony as the source of the images transmitted on the Tower.

There are a number of glaring discrepancies in reports on private media channesl. One correspondent referred to the Nasdaq Tower behind him as a screen belonging to the New York Stock Exchange (NYSE) – despite the fact that the screen visibly flashed the word “Nasdaq”. In fact, the NYSE and Nasdaq are two separate and competing stock exchanges.

The correspondent also made the assertion that the Pakistani Consulate had been given an entire hour to air a video about the floods, and claimed that an unnamed executive at the NYSE expressed dismay that Pakistan was unable to take advantage of their offer. This official allegedly stated, “I think we are stupid that we made this offer to Pakistan.” If the quote is indeed genuine, it is unclear what the executive was referring to, given that the Tower belongs to Nasdaq, and not the NYSE.

It appears that this story was then ad-libbed by a number of other media houses with minor changes and without any meaningful corroboration. Some later accounts have even stood in blatant contrast to the select images that were shown in the Pakistani media. For example, one news cast showed that the Tower displayed the message, “Nasdaq welcomes Consul General of Pakistan in New York Mr AS Babar Hashmi,” a variation of a standard greeting that is displayed for most guests invited to the Closing Bell. This message has been contorted in a number of stories to instead say, “Welcome to New York from the Consul General of Pakistan Mr AS Babar Hashmi.”

Speaking out against this, Aamer, expressed frustration at the circulating story, stating:

Consulate officials do their work professionally and it is hoped that they will be allowed to do so particularly at this difficult time in the history of Pakistan.

Another official at the Foreign Office speaking on condition of anonymity stated the matter was being “looked into by higher ups”. However, the official expressed disappointment at the story circulating in the media, saying:

The misperception will make it hard for big people and companies [like Nasdaq] to support Pakistan in the future. It’s too much of a headache. It makes us look unappreciative and ungrateful.

The consul general’s story has also acquired political hues, with repeated calls for the Ministry of Foreign Affairs to conduct an inquiry. Further, an article in a local daily claimed that it was not only the Hashmi’s images that appeared on the screens but also those of the late Benazir Bhutto. This account is contradicted by the official Nasdaq footage of the event. The story has also been repeated in a popular op-ed in the same daily where PML Q MNA Nosheen Saeed has turned it into a searing criticism of the government.

It is unclear whether political partisanship played a role in distorting the story. It is equally unclear how such disinformation entered the mainstream news-cycle, and why a number of reputable media groups across the country accepted, and perhaps even embellished, it without adequate checking.

A Journalist and Fellow at the Centre for the Study of Global Power and Politics at Trent University. He tweets as @ShibilSiddiqi

Yes we Khan, but should we?